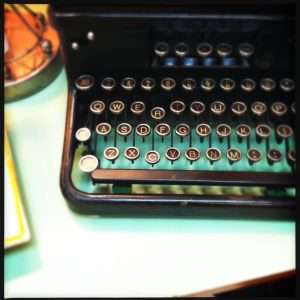 Allison Williams made her debut as a professional writer when she was just eight years old. “I wrote a neighborhood newsletter and took it around and sold it for, I think, a quarter,” she says. “One of our key stories was we built a bike ramp and Phillip next door used the bike ramp to jump over my little brother, who was lying in the street. That was a big headline.”

However, when she grew up, she spent 20 years as a full-time circus aerialist and acrobat performing in 23 countries, before becoming a full-time freelance writer and editor ten years ago.

Her writing has been published widely, including in The New York Times, The Christian Science Monitor, and the Kenyon Review. She’s also told stories for NPR and is currently the social media editor at Brevity, an online flash nonfiction journal.

In Williams’s role as an editor and writing coach, she has helped writers get their work published by the likes of Penguin, Random House, Knopf, and St. Martin’s and in print media such as The New Yorker, Time, and The Guardian.

Her book Seven Drafts: Self-Edit Like a Pro From Blank Page to Book (Woodhall Press, September 2021) distills everything Williams has learned over a decade as a freelance editor, including tips on story and character creation, writing craft and structure, seeking and using feedback, and the publication process. Seven Drafts won Foreword Reviews’ 2021 INDIES Book of the Year award.

Williams, who lives in Dubai with her husband, took time out during a recent sojourn in England to talk via Zoom with The Sunlight Press.

When did you know you wanted to be a writer?

I dictated stories to my mother before I could write. And I found, all through elementary and middle school, writing made my hand hurt. I was probably holding the pen too tensely. So I loved making up stories, but I did not enjoy the physical act of writing. Then I discovered typing in eighth grade—and, in ninth grade, I got my hands on a very, very early word processor—and that was a game changer. My fingers could finally keep up with my brain. 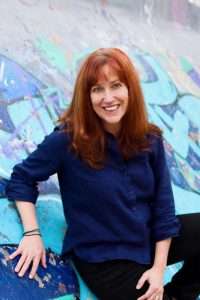 Do you write in longhand now or do you still create at the keyboard?

I write longhand when I want to plan something—when I want to think it out. I don’t write anything creative in longhand. I blog for Brevity about once a week, and I will dictate a whole rough draft into my phone and then type it up and fix it. [Brevity’s founding editor], Dinty Moore, who is my teaching partner at a lot of my retreats, is big on writing by hand because he believes it connects us more from the heart to the hand. When I first took Dinty’s class, I wrote creatively by longhand and it was helpful, but it’s not what I do the vast majority of the time.

You have to choose a process that works for you—is that your advice?

Yeah. I think a lot of people get caught up in how writing is supposed to go. I mean, for many years I thought that real writers wrote every day. I thought that if I was a real writer, I’d wake up and I’d walk over to my laptop and I’d write some stuff. And then I would retire to my lounging sofa. But I’m not a write-every-day person. I’m a binge writer. I will think about a book for quite some time and noodle away on it, but when the time comes to finish it, I check into a hotel for five or six days and I bang out 20,000 words in a shot.

When I wrote Seven Drafts, actually about half of it had already been created—in my blogs and Facebook comments, and in emails I had written to people about writing, and talks I had already given, and I put all that material in one place and figured out, okay, what else belongs in this book? Then I did two week-long stints in hotels where I wrote 40,000 words each time—because I just need that focused time, where there’s no laundry to do, and I can’t distract myself by picking up the vacuum cleaner. I think a lot of people are binge writers. That’s not to say there’s anything wrong with daily writing either, but if you get stuck on, “Why don’t I write like this?” you’re kneecapping your own process.

Why do we get so hung up on writing process?

Because writing is hard, and we want to believe there’s a magic trick that makes it easy. We hear about terrible first drafts, but we don’t ever see terrible first drafts of anybody else’s work. Writing is one of the only art forms where you don’t see your peers screw up all the time. We don’t ever get to watch the people who we admire, and respect, and think are amazing, fuck shit up. We don’t get to watch them churn out terrible words and throw stuff away.

Back when I was in the circus, I once trained at a gym where a bunch of Cirque du Soleil people were training. It was really good for me to see people who were the top in our field fall on their butts over and over again while they tried to get the new trick. It was a good reminder that it doesn’t come easy. And, as writers, we look at that final product and we think, “Oh, it must have come easy for them,” because we don’t see all that sweat that went into it.

So what advice do you give to writers about writing practice?

What is your hope for your book, Seven Drafts?

My hope is that it becomes a book that people mention in the same breath as [Anne Lamott’s] Bird by Bird and [Stephen King’s] On Writing. That’s my big goal, that it becomes a craft book that sells forever. My more reasonable goal is that it helps people write their books better. There is so much privilege that we don’t talk about in writing. There are an awful lot of people who cannot plunk down $3,000 to $4,000 for a retreat, or $2,000 to $3,000 to get somebody to thoroughly edit their work. Maybe they don’t even have $500 to go to a weekend workshop. But they can spend $17 on a book—or check it out from the library for free. It’s one of the reasons I teach so many webinars: I really believe in reaching as many people as possible at a price they can afford.

You were an aerialist and acrobat—I think you should add “juggler,” since you’re a writer, editor, coach, and speaker.

I’ve always done more than one thing. When I was primarily a circus performer, I was also the person who directed the company and handled all the booking and the contracting and bought the equipment. What I’ve found is that most of what I do feeds into other stuff I do. Funnily enough, I never learned to juggle—there are so many jugglers, it just isn’t a marketable skill unless you love doing it more than anything else. Kind of like writing.

Do you love one role more than another?

What makes me the most excited is individual coaching. When people improve their work and get it published, it’s really rewarding. And then I really love teaching webinars. It really speaks to the performer in me.

What is your biggest block to writing?

My biggest block is [not putting] ass in chair. Once I sit down, I can write all day long and I can write a lot. It is very hard for me to actually sit down. I put my client’s work first. I put my relationship first. I put my travel first. It is very hard for me to put my creative work first. I’ve grown to accept I am a slow writer, because I take time to fit it in where I can fit it in.

The block I see most often in other people is that they are waiting for the permission fairy to swoop in and go, “Now you may be a writer.” That’s never going to happen. We have to give ourselves permission. We have to say to ourselves, “I’m allowed to do this work.” That’s a really hard thing for people to do, because so many of us are brought up with parents who work traditional jobs; they’re working for somebody else. Writing really does take an entrepreneurial spirit. I’m really lucky because my dad was a pawnbroker and a used car lot owner, and my mom was an aerobics instructor and a model, and then a realtor and is still flipping houses at 79, so you can see where I get my drive from. They’ve always worked for themselves, so I had that model in my life.

Nobody is going to wait around for your writing to appear. Nobody is desperately hungry for your first book to come out. It is hard to sustain that hunger in yourself and to push yourself to a place where you are willing to work as hard for yourself as you would work for anybody else—in fact, probably harder because you care more.  But it is so incredibly worthwhile when you can get to the other side—and it is not getting a traditional publishing deal that makes it worthwhile. What makes it worthwhile is to know you can do it. 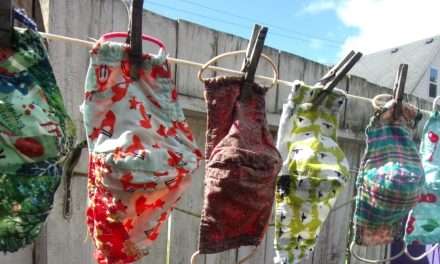