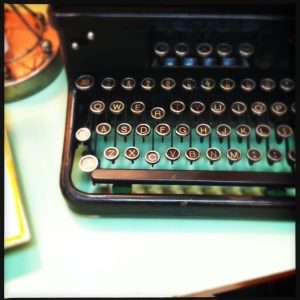 I stuffed my hands in silicone and lifted a loaf from the oven. The aroma was all caramelized sugar and yeasty pockets. This was my third bread this month, each one an essay — an attempt. I ripped a piece and smeared on butter, anticipating the crust between teeth, fat on the tongue, crumb on the palate. I bit in and pulled it past my lips. Darn! I forgot the salt.

It was a stupid mistake. Relying on memory, I’d overlooked a vital ingredient. The same often happened with writing. Manuscripts lacked juicy verbs, a theme with substance, or a sharp conflict.

To learn creative nonfiction, I’d collected books on composition, notes from webinars, clips from magazines, and advice from classes. There must be a single source that taught everything. But, instead, one of them emphasized senses. Another preached details. A third argued literary devices.

I studied these single-subject instructions, then foraged for examples, reading established authors and analyzing their work. Returning to my own words, I incorporated the newest shiny object that would perfectly reflect my meaning.

In a single-topic approach, details could be devoured one morsel at a time, like monkey bread. But to complete an essay, ideas must be combined, more like a dump cake.

There was so much advice to weigh, factors to mix, elements to bake in. Like flour, oats, water, salt, yeast, butter, cinnamon, and raisins, each must be measured, be used in the right proportion, be tempered to the exact degree, and serve a purpose. How can anyone remember it all? How can anyone know if they’ve incorporated too much or too little?

Perhaps a recipe for creative nonfiction would work like a recipe for bread, with a list of ingredients, organized by function, grouped from simple to complex, progressing from broad-brush to detail.

I began to chart elements: dialogue, facts, conflict, imagery, symbolism. I grouped items into tiers: basic components, literary devices, micro details. As I read more essays and craft pieces, features wrote themselves into the sets. New items insisted on being added. A catalog of the physical senses expanded from the standard five to include kinesthesia and intuition. A list of literary devices welcomed the category of “invented words.” My chart became a work in itself, growing longer and more refined.

I now consult the chart before, during, and at the end of a project. Sometimes it prompts me—to find a new structure. Sometimes it reminds me—to use strong language. Sometimes it spurs me—to delve deeper into metaphor or meaning.

Are my essays better as a result? I like to think so. Have more of them been published? Recently, yes, but acceptances and rejections vary with the season or year. So, the chart continues to expand. After a recent webinar, I added shape, noting how it is related to, but not the same as, structure.

A list doesn’t write essays. Or generate ideas. Or issue guarantees. But when a piece comes out flat, like a fallen dough, evaluating particulars might identify flaws. What is missing? What should be increased or decreased? What might spice up the language? Or sweeten the ending?

No inventory creates literary magic, but without the necessary components, an essay will never rise to its potential. 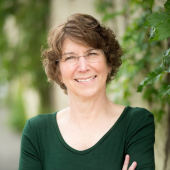 Unsticking Our Stories Through Memoir Writing