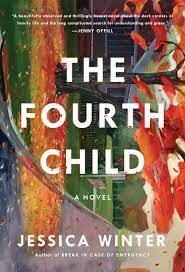 Few individuals truly know what they stand for until they are tested, as Jessica Winter’s The Fourth Child deftly depicts. In this, her most recent novel, members of a family tangle with challenges to their beliefs regarding faith, marriage, and—most centrally—abortion. They find to their surprise that the exigencies of their individual lives seem to merit making exceptions to rules that they had previously thought should be absolute. In coming to this realization, Winter’s characters are alive and complex; they resist simple categorization. For example, a mother and daughter who had previously argued over abortion rights find that, within a few weeks, their opinions have flipped; they are each arguing for the view opposite to the one they had held before. Yet the matriarch, Jane, does not come across as hypocritical: she is deeply thoughtful, reflective, and willing to change. Winter effectively depicts the push and pull between the ideals that people hold and the realities with which they—and particularly mothers—struggle.

The first struggle in the novel is that of Jane as a young, whip-smart, devout Catholic “good girl” who finds her life altered irrevocably when she gains the attention and mercurial affection of a popular high school athlete. Years later, she is struggling to raise three children without the help of her indifferent, simmering husband and without support from her pious, cruel mother, who has left Jane emotionally abandoned and bereft throughout her life, and whose presence in the novel is characterized by absence. Stripped of countless choices, Jane’s life seems to be ever-constricting—and leading her toward a dead end. Later, a new struggle emerges for Jane’s daughter, Lauren—another bright, talented teen on the cusp of discovering her potential. Writhing through her early teen years, she becomes caught by the microscopic attentions of a predatory teacher, without fully comprehending the danger this poses. 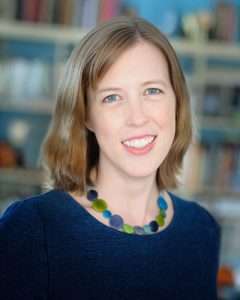 The relationship between Jane and Lauren is one of repeated, tragic missed connection. When Jane finally discovers the danger Lauren is in, it is too late to protect her. Their life stories eerily echo one another, and yet the plot does not feel contrived. Instead, Winter weaves a generational web that feels real and familiar. The novel’s epigraph is a quotation from Doris Lessing’s The Fifth Child: they each “did not have a mother at the proper time, and that was the trouble.”  (Winter’s title, The Fourth Child, is clearly a nod to Lessing’s title.) An alternative title for Winter’s book might have been Lost Mothers—“lost” meaning missing, but also confused, unsure, misguided.

But who is the fourth child? While the title could be read to refer to Lauren, or Jane, or Jane’s miscarried fetus, it in fact refers to Mirela, Jane’s adopted second daughter. A neglected Romanian orphan of unknown origin (nothing at all is known about her birth parent—another lost mother), Mirela becomes the character on which the book’s plot turns. Unable to attach herself to others, unable to settle down, virtually unable to speak, Mirela unwittingly disrupts the course of the family’s life. She is herself the result of pro-life beliefs, and her existence raises the troubling question: existence at what cost? In a pivotal scene, set in the middle of incendiary anti-abortion protests and pro-choice counter-protests, the child Mirela escapes Jane’s clutching hand and darts across the street to the camp of the opposing side—causing Jane to also physically cross from one side to the other—a symbolic shift that portends a fateful decision to come.

As much as Mirela drives the plot—becomes the plot—she is peripheral to the central drama between Jane and Lauren. Jane is the point from which all the other plot trajectories radiate. Jane’s story gives rise to Lauren’s story, which echoes—but does not become—Jane’s story. The parallels are fascinating, devastating, and familiar. Thus, when, in the final section of the book, the reader hears directly from Mirela, it feels almost like an intrusion. Now several years older, this troubled child has made significant progress and is better able to communicate, providing hope to the reader that the children of lost (and latecomer) mothers are not necessarily doomed.

While the insight into Mirela’s psyche satsifies the reader’s curiosity about her, the decision to make Mirela’s inner speech available to the reader is a surprising storytelling choice. It can be viewed as symbolizing a deliberate disruption of the mother-daughter relationship between Jane and Lauren, similar to the disruption that occurred when Mirela first arrived in their home but could not yet speak. It can also be viewed as symbolizing family evolution: because Mirela is strange and anomalous, her trajectory implies that the familial pattern is about to change. Mirela’s relative success is a miracle and gratifies the reader by providing a do-over: Mirela got another chance at life with a new mother; Jane gets another chance at mothering a daughter “at the proper time.” It’s a chance to connect the missing links.

Even when the reader feels challenged (or perhaps offended) by what many may find to be difficult subject matter, Winter’s glittering storytelling keeps the pages turning. The Fourth Child drips with dense, original, breathtaking metaphors: “The grass inhaled and exhaled, breathing her feet off the ground. The darkness was milky and changeable, like you could move your finger through the air and write a story.” This alone makes for beautiful, refreshing prose in which one is simply happy to bask. And altogether, Winter has painted a page-turning story that lingers on the mind and heart. 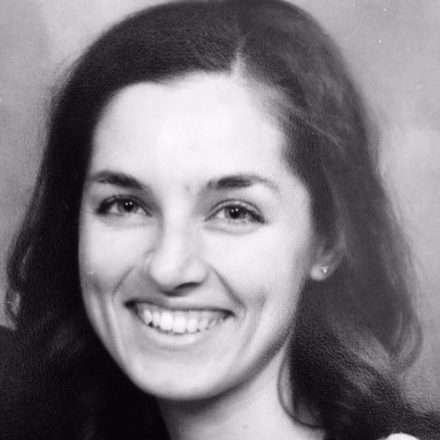 Camilia Cenek is a writer, editor, and consultant with a passion for words, reading, meaning. In 2020 she won first place for nonfiction in the Wisconsin Writers Association Jade Ring Contest. She lives in Brodhead, Wisconsin with her husband and four children. Contact Camilia at camiliacenekediting@gmail.com. 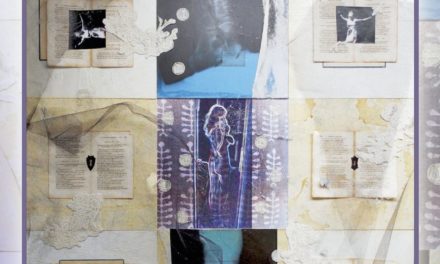