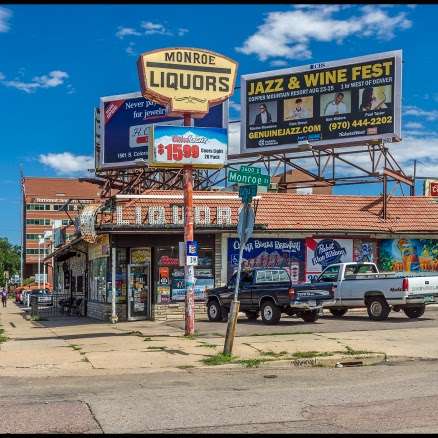 In 1985, almost twenty and on my own in Denver, I worked as a hostess at a restaurant on the fringe of downtown. Legend had it that the narrow, three-story building — carpeted in green and encased in roughhewn brick — had once housed a brothel. My manager called me the “door whore” and made a sport out of sidling up to me and brushing his hand against my behind.

The gleaming wives and glittering girlfriends of Denver’s powerful men would sashay through the large glass doors of the restaurant, along with a gust of winter wind. Standing next to my podium, they shrugged off their fur coats for me to catch mid-air. I hung those expensive wraps in a narrow room that soon filled with the smell of designer perfume—Cline’s Obsession, Dior’s Poison. During lulls on Saturday nights, my fingers brushed along the comforting softness of mink, raccoon, and fox. On their way out, rich men veiled in cigar smoke filled my tip jar with five-dollar bills that paid for white Russians I drank at the corner bar, or — sometimes—for lines of cocaine at all-night parties.

The year before, I’d left the small, flat house in Florida where my mother drank and raged, and where my father’s commitment to her felt passively complicit. Youth and resentment had blinded me to possibility that Mamma’s tearful depressions and chaotic outbursts might have a cause beyond her control — a neural misfiring, both unpredictable and inheritable.

The sane and stable independence I’d envisioned when I’d moved to Denver eluded me. I shared an apartment on the corner of Colfax and Monroe with a roommate I’d once hoped to befriend but now avoided. A few nights a week were spent with my boyfriend, who liked to “wake and bake” on his days off: pressing his mouth to a bong as soon as he sat up in bed, then raising his glazed eyes to the late morning. We would walk from his place near Cheeseman Park to a small grocery and buy Soft Batch cookies to binge on together. Their chemical sweetness was choking, but like so many things then, I thought that I could take it — that I should be able to withstand any discomfort, no matter how tainted.

One night during my second winter away from home, a long coke high morphed into depression and thoughts of suicide. I was sitting in the back of a cab one night after work, under the midnight streetlamps, and watching the reflections of tidy brick bungalows flick past the window. Families lived there who were safe, who were good and happy. As the cab pulled to the curb outside of my home, I silently handed the driver a small wad of one-dollar bills.

I entered the dark vestibule and trudged up the grimy flight of stairs to my apartment door, where my tabby cat meowed an insistent welcome. In the bathroom, she waited for me to pull dental floss along the cracked linoleum, then pounced on the white thread in mock ferocity. I knelt to let my fingers play over the warmth of her belly while she batted at my hand. In bed, she curled into the bend of my knees while I cried in the dark.

The next day, I called my sister. Promise me you will go see a therapist, she said. On the back page of Westword Magazine, near the personal ads and the photos of escorts for hire, I found an ad for a therapist with a sliding-scale fee and booked an appointment. Esther was tall and beak-nosed, her dark hair faintly shot through with gray, her gaze both tender and alert. Session after session, she listened to my stories, then offered a brief hug as we said goodbye. When Esther told me You’re a very strong person, I believed her.

But I didn’t know then how my moods were going to cycle up and down over time — how the tentacles of sadness that wound around my chest in November were going to release and launch me upward in spring, filling me with more energy than it seemed my body could contain.

That summer, I sat in my first college class, high heels for work tucked into my book bag. Before long, I found a man I dreamed of having a family with. And by the time our first son was born, my mother had stopped drinking. For the next sixteen years, she was a joyful presence in our lives, a beacon of recovered love. Only when she reached her seventies, as her memory faltered, did she move back into the shadowland of covert drinking and mental illness.

By then, I had finished my master’s degree in counseling and was working in an addiction clinic. Still, the puzzle pieces did not come together. I talked with clients about their mood problems and the perils of self-medication, but I was too close to my own situation to recognize that my mother’s family tree was lit up like a series of hazard signs by the symptoms and diagnoses of bipolar disorder.

The year that Mamma died, my teen son lay wordless on the futon couch, too depressed to think or to speak. His dark hair fell over a mask of self-hating sorrow. Small tablets of lithium had not helped him, nor had the Seroquel that followed. It was then that my understanding dawned, like sunrise over a battlefield. As much as Mamma had raged against the world, it was bipolarity that was her real enemy. Her struggle had never been personal; her periods of stability had been heroically gained.

With my grown boys, I drive past the slope of a porch roof where my cat would lounge on sunny days. Inside the upstairs bedroom that was mine are clean white walls and a whirring ceiling fan. The neon light of Monroe Liquors still glows on the street corner. Like a tour guide, I point out this landmark of my lost days. One of my three sons has my mother’s gift for music, another her sparkling charm. One has her mood disorder. Mamma died ten years ago, but my son’s survival holds. We sit in the yard on a warm day while dogs romp on the lawn. He looks up at blue sky, and we talk more about the future than about the past. 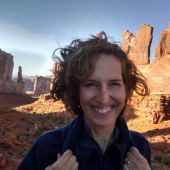 Jenny-Lynn is a former psychotherapist living in Denver and in South Park, Colorado. Her essays have appeared in The Colorado Sun, Pithead Chapel, and Dreamer's Creative Writing. She blogs at themoreiwrite.net and can be found on Instagram @writeriderepeat. 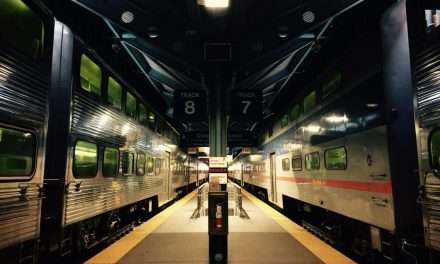 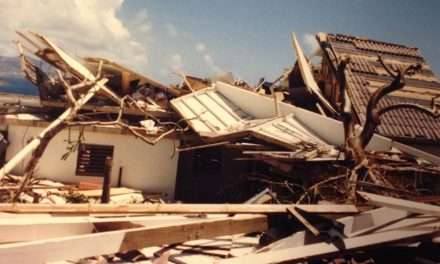 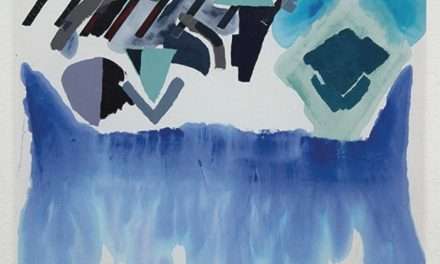