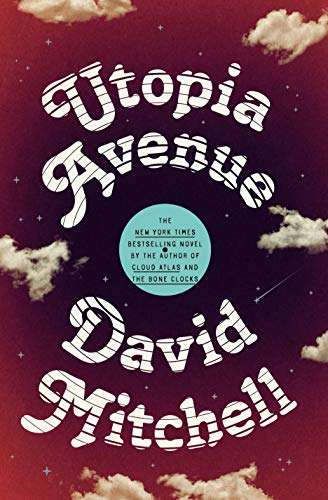 Ekphrasis is defined as a literary description or commentary on a work of art. There are many examples in literature: Wilde’s The Picture of Dorian Gray, Browning’s ‘My Last Duchess’, Keats’ ‘Ode On A Grecian Urn’, the Iliad by Homer.

Strangely, there seems to be no such verbal equivalent for writing about music, despite numerous examples: Zadie Smith’s Swing Time focuses on two girls bonded by their love of tap dancing, while Kazuo Ishiguro’s Nocturnes tells the stories of five musicians. E.M. Forster’s Howards End contains a lengthy description of a performance of Beethoven’s Fifth Symphony, while Proust’s In Search Of Lost Time includes a fictional violin sonata.

However, despite the many attempts, there seems to be a sense that his unnamed genre is still fundamentally problematic for writers.

There is an unattributed maxim that “writing about music is like dancing about architecture.” If music is indeed a language in itself, then something seems to be lost in translation; it is almost like there is this intangible, quintessential je-ne-sais-quoi about music that words can never do justice to. Most of our musical lexicon stems from music theory, but when we want to describe the emotive power of music, then language seems to come up short.

David Mitchell’s latest novel, Utopia Avenue, was therefore somewhat of a risk. His ninth novel follows the fictional rock band Utopia Avenue, formed in Soho in 1967, and their bumpy rise to fame and fortune. The band is made up of the ethereal folk singer Elf Holloway, who is struggling to come to terms with her sexuality; guitarist Jacob de Zoet, who is on the precipice of a mental breakdown; flirtatious but fiery bassist Dean Moss, and down-to-earth Yorkshire drummer Griff Griffin.

This is a story about the convergence of disparate characters, but it is also fundamentally about music: the writing process, the recording dilemmas, the unpredictable live performances, the magical moment they first hear their song played on the radio.

Mitchell was well aware of the potential risk in writing a rock and roll novel: in an interview he admitted that “prose isn’t that good at describing music. After three or four sentences it becomes as intolerable as listening to someone else’s dreams.” However, he said he was drawn to the challenge of trying to “outwit the impossibility of the situation, using words to describe something that is non-textual.”

He was also attracted to recreating the late 1960s because for him this is when an album “became an art form.” Mitchell said that “nothing comes from nowhere, just like the novel” but he loved the idea that “you could curate songs and make a musical journey out of them.”

Utopia Avenue works because it is both a musical journey and a literary one. Structurally, the novel functions like a progressive-rock concept album: a collection of discrete but thematically unified parts, which are musical in form rather than content. Mitchell is not interested in protracted descriptions of music (he claims that he only wanted to give the “ghost of the sound for the reader,” or a light “impression of a song”), and so instead he focuses on music in style over substance.

The novel is structured into ‘records’ rather than parts, with each chapter a ‘song’ focusing on a member of the band. The configuration of the novel therefore reflects the duality of albums, having both individual songs and songwriters but also a sense of unified cohesion. The title of the novel is telling: the novel is the band and the band is the novel, a sum greater than it parts.

Yet Utopia Avenue is both metatextual and paratextual; it is not just an album, but a greatest hits compilation. The novel combines features of his other works to create something new altogether: Utopia Avenue has the epic scale of Cloud Atlas, the historical realism of The Thousand Autumns of Jacob de Zoet, and the emotional intimacy of Black Swann Green.

It is also densely packed with intertextual references to his other works. Jasper is a descendant of Jacob de Zoet; Elf has a relationship with Luisa Rey, a character from Cloud Atlas; the band’s first single is played on the radio by Bat Segundo, a DJ from Ghostwritten; while Utopia Avenue also play at a pub in Gravesend owned by the Sykes family from The Bone Clocks.

Stories within stories are nothing new, but they help Mitchell to continue to deconstruct boundaries both within and between his works. Jasper’s encounter with a poltergeist who is the malign spirit of Enomoto from The Thousand Autumns of Jacob de Zoet catapults an otherwise realistic novel into the realm of the supernatural. The dozens of cameos, including David Bowie, Joni Mitchell, Jimi Hendrix, and Leonard Cohen, blur the line between history and fiction, to the point that some readers have asked Mitchell if Utopia Avenue were a real band.

Mitchell’s risk therefore seems to have paid off. The novel taps into our cultural nostalgia for the 1960s, Mitchell’s previous works, but also live music altogether at a time when it is sadly silenced. Mitchell has created a band, and a novel, that is eclectic, polyphonic, oxymoronic, but also fundamentally interested in the expansive power of art, whether that be music or fiction. For that reason Utopia Avenue is well worth reading, and the echoes of Mitchell’s other works are well worth listening to. 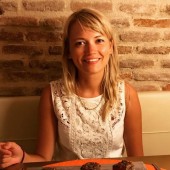 Kristina is an Oxford English graduate and qualified English teacher who has spent the last five years teaching in secondary schools. She is now a private tutor and freelance writer specializing in writing about education, film, books, and educating people about film and books. She can be found on Twitter @kristinamurkett and Instagram @cultureinthetimeofcorona.