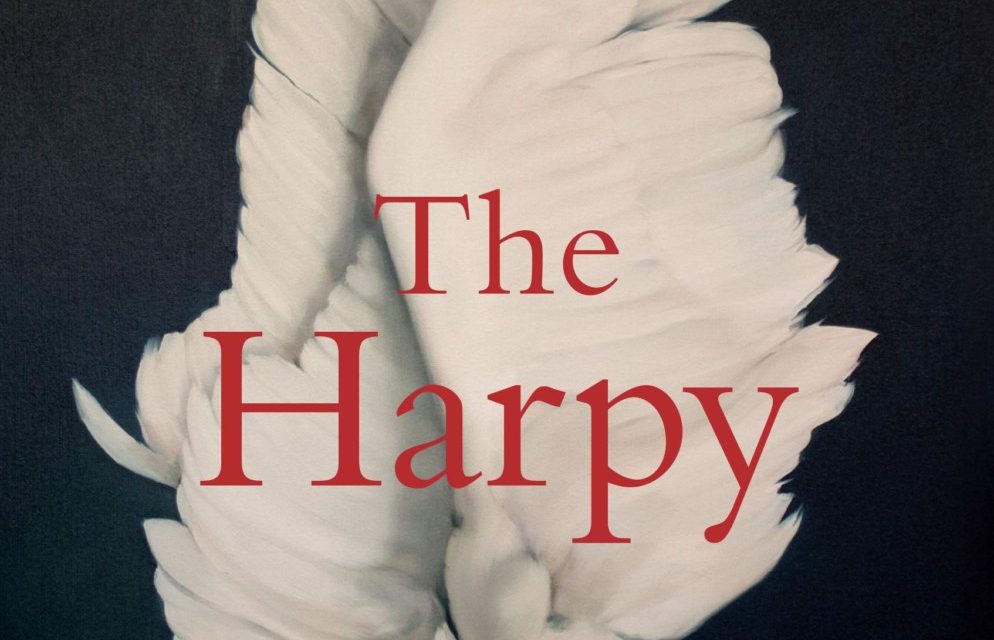 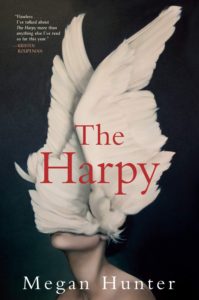 A mesmerizing piece of fiction which subverts typical ‘womanly attributes,’ The Harpy and its almost stream of consciousness-like format, is a dazzlingly dark read from start to finish. The reader is made to question the relationship between physical and emotional pain, and just how human beings can inflict this on one another. What does it mean to be angry? Is there such thing as true forgiveness? Megan Hunter whose first novel, The End We Start From, was published in 2017, tackles some intriguing and hard-hitting themes, encased in a mythical element that elevates the story to something uniquely powerful.

At its core, Hunter’s novel to be released this week, does a fantastic job of highlighting Lucy’s complicated relationship with her wife and motherhood status. Though set in the modern day, the relationship dynamic feels largely old-fashioned. Lucy’s stay-at-home status is frustrating yet comforting at the same time. She attempts to play the role of wife and mother through mingling with others like her, but her feelings of being an ‘outsider’ in these situations are portrayed throughout. We start to wonder if this life of homemaker is  what she really wanted, as she struggles to shake off her desire to fly and morph into the fictional harpy. Once the affair has been revealed, she starts to further question the meaning and permanence of the social rituals she is forced to endure:

“We all lived in our own version of parentworld, the place where nothing happened. We streamed TV to remind ourselves what it felt like to lead lives where things happened, where life could transform in one night. In our world, babies had happened, and they were something.”

However, we also get a glimpse that perfection is hardly achieved by her peers too; the scene where she catches a couple lovemaking in her garden is grotesque, yet amusing, and brings a much-needed raw and human element to the Stepford Wives feel of her surroundings.

Being trapped within the home – both literally and figuratively – causes Lucy’s mind to wander into dark and sinister places as a means of escapism. What it means to be a wife and mother, e.g. caring and protective, is subverted. Lucy contemplates if she has ever wanted to harm her own children, and acts on the physical anger she feels towards her husband. Hunter does a wonderful job of unearthing the darker side of human emotions, and just how fragile our minds can be, what they are capable of. Is this madness? Does Lucy have some kind of mental illness? Perhaps, but Hunter makes sure that we never really feel sorry for Lucy, in this respect. Instead, we empathize and are intrigued at the blackness of her mind. Here, the language spirals into something beautiful, almost exhibiting a stream of consciousness-like path:

“One week, I looked at nothing but tornados, giant dark chimneys of air spinning around fields, followed by the camera, an eye that revealed its humanness every time it retreated, realizing it had gone too close.”

If we combine the very visceral reaction that Lucy has towards the news – the punishment of her body, causing her to be sick – we are presented with an intense character dynamic, between the outwardly ‘put-together’ Lucy and the almost hellish landscape her mind is escaping to. 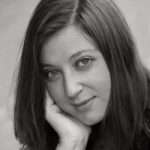 Indeed, Hunter highlights the connection between emotional and physical pain throughout the book, resorting us back to our primal instincts and desires. For Lucy, one of the only ways she thinks she can get through the turmoil of her husband’s infidelity is to harm his body, whether that be through cutting him or making him unwell. What does this say about Lucy, in that she equates being hurt emotionally to inflicting physical pain on other human? Ordinarily, this might suggest that her psyche is underdeveloped and hasn’t progressed to process such emotional happenings. However, Hunter portrays this aspect of the novel in such a layered and complex manner, that we understand how our narrator has reverted back to the simplistic connection between the body and feelings. The harming of Jake is showcased almost glamorously, sensual, coming from a place of love. It is confusing and not to be fully understood by the reader, but this muddled portrayal is exactly what our character is experiencing too. When she is jolted back to reality when her ‘experiment’ into the dark side has gone array, this is one of the few instances in the novel where we see her thinking logically, in a normative respect. The impulse of being human has been shattered, and Lucy must deal with her actions.

It is unsurprising, then, that after this scene, Lucy morphs fully into her mythical harpy, a figure which appears throughout the novel: “I asked my mother what a harpy was, and she told me: they punish men for the things they do.” These additions are beautifully woven into the narrative, teasing the idea of escapism throughout, and suggesting an explanation for Lucy’s unorthodox actions. These sections are incredibly intense and perfectly articulate the frustration of our narrator; they also offer up something concrete (albeit mythical) that Lucy can base her behavior on, and the idea that she and this creature are alike in their ways, is oddly comforting. It grounds the text and gives it meaning, but also allows it to transgress into something magical towards the end. The final section is ethereal; while there is a part of us that expects Lucy to control her impulses, we also know that the only way she can overcome and accept these desires is if she takes flight from humanity and embraces her true calling and form. 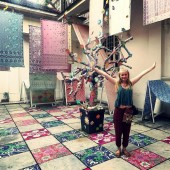 Mariah is a writer from London, mainly writing flash and short fiction and working on her novel. She also reviews books, and has a particular love for representations of the body and food within literature. 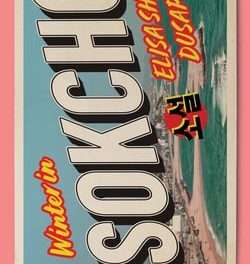