At 27, Reema Zaman began writing with “ferocious urgency” while in an abusive marriage and living in New York. Writing helped her unpack her husband’s behavior and explore the “why” behind it. But then writing became something else: joyful.

The more Zaman wrote, the more confident she became—and before long she began speaking up for herself.

Zaman, who was born in Bangladesh and earned degrees in theater and women’s studies from Skidmore College, discovered she had a skill for writing. Writing empowered her to conceive of a life beyond her husband. She believed there was a cultural need for someone like her—a woman of color from the Third World who was able to navigate, heal, and rise above the sexual and emotional abuse she had endured from men over her young life. She began to envision using her voice—as a writer, speaker, and activist—to empower others.

Emboldened by her potential, at 27, Zaman left her marriage. She wrote and produced songs and a music video. She also continued to audition for acting parts. But with each audition for laundry soap and other commercials, Zaman grew angrier and more frustrated. She believed she was wasting her time when she would rather be writing.

In June 2013 just as she was turning 30, Zaman left New York City and her acting and modeling career and moved in with her mother and stepfather in Portland, Oregon. From November 2013 to the following November, she had a singular focus: writing a book. The result: I Am Yours: A Shared Memoir.

Since her book launched in February, Zaman has crisscrossed the United States, giving readings, talks, interviews—and offering hope. Through a grant from the Oregon Department of Education, her book has been adopted into the curriculum of several Oregon high schools, so Zaman talks and leads workshops with youth. She is also working on a screenplay from the book; a second book, Beauty and the Revolution; a critical policy reform inspired by her experience as a survivor of abuse; and is a speaker on empathic leadership.

Zaman, 35, talks with Annie Scholl from her new apartment in Portland, Oregon.

What was your writing practice like while you were working on I Am Yours?

I would get up every day at 7. I practiced yoga and meditation, ate breakfast, and wrote in my gratitude journal. I would read a chapter of a book; I chose to read Wild and Tiny Beautiful Things by Cheryl Strayed. I reread Eat, Pray, Love by Elizabeth Gilbert. I read a chapter of their books in the morning and then I wrote for a few hours. I took a break around 12:30 and went for a run. When I returned I showered, ate, and resumed writing from 2 to 7 pm.

Why did you incorporate yoga and these other activities into your practice?

When I arrived in Oregon, I was hit with a sudden wave of grief that I was not anticipating. The life I had in New York was always about being a perfect smiling face for people, for the people I was auditioning for and the people I was working for (as a nanny). When I landed in Oregon in the safety of my parents’ home, it was the first time in my life I was able to feel grief and tears without it being punished. I allowed myself to feel the grief, and then I asked myself, ‘What actually makes me happy? What do I need every day to feel my healthiest self?’ I listed all the daily rituals that made me feel my healthiest, happiest, and most productive self. I created a schedule from that, and I stuck to that schedule.

You call this a shared memoir. What do you mean by that? Do you consider this channeling? Yes, I do. It’s the voice of my best self. There is the person who wakes up in the morning wild-eyed and furious about what’s happening in the world. Then there’s the wiser, compassionate, loving voice that says, ‘Hold on. It’s okay. Just go brush your teeth, wash your face, drink some coffee, eat your breakfast. The apocalypse is not about to happen in the next hour. Just breathe.’ Those are the two voices inside all of us. I thought: I’m going to write a book about that.

Yes. And we can’t underestimate the training I had as an actor. I was trained since I was 15 years old to study scripts, a plot, character development, and how to embody a character, and then to also be a director and a screenwriter. When you’re embodying a character, you’re inside that character’s body, and you’re the voice, mannerisms, and gestures of that person. But to improve, you must step out of that body and step out of your own body and be a director of that. All of that is a memoirist’s job. A writer’s job is to embody the characters. Step out of the body. Edit it as a director would. Reframe things. Ask yourself, well, that’s this character’s point of view, but what else happened from this other character’s point of view? Let me go into their body and see what’s going on there. Writing is about developing the muscle for embodying different characters with equal compassion, forgiveness, and love. Even the characters that initially seem villainous.

What did you see as your larger purpose for the book, beyond telling your own story?

The universal goal was to write a book that would be a conduit of healing, gratitude, compassion, and empowerment for the reader and a connective device for disconnected families, relationships, and communities. I wanted to provide a loving, empowering haven for women, and a warm, inviting conversation for men to enter, to live through a woman’s experience, to feel true awareness and awakening of empathy. Because for us to have sincere progress with gender equality, we will need the active empathy and ally-ship of men.

How did your book direction change from when you first started writing it?

How did people, particularly your family members, respond to you writing this book?

The only people who understood it going in was my mother and my stepfather. Most of my other family members, for various reasons, were like, ‘Why are you doing this? Writing a memoir is narcissistic. It’s just about you, you, you.’ And I said, ‘No, actually, it’s about a bigger conversation and it has to do with all of us. You don’t have to understand it right now. You can read it after I finish writing and you’ll see what I mean.’ Because I had such a clear understanding of what the book was about, it gave me the wherewithal to quietly stare back in the face of naysayers.

For some memoirists the fear of how others—particularly loved ones—might react to their writing can be paralyzing. It sounds like for you those negative responses caused you to embrace the telling of your story even more. Why?

Well, because that’s always been my relationship to the world. Every day I’m cognizant of the fact that I was born in Bangladesh as a girl. So much hard work on my parents’ part went into giving me an education and it was with the clear intent of giving me all of this so that I could pay it back. Being of service to others is my driving force. So, for me, it’s not paralyzing. It’s reinforcement. The sense of duty is huge. It’s who I am.

What does it feel like to you when the words flow and land in a way you couldn’t have imagined?

Pure pleasure. And confidence. It’s the best self-esteem boost because it’s so pure. People ask me, ‘What do you mean becoming a writer helped you heal your anorexia?’ It’s because previously my entire identity, my sense of self-value, was placed on physical appearance and my capacity to attract men. So, all the power was put on external things and that’s why it was always precarious. My sense of self was based on how much I weighed that day and how attractive I was to a guy that day. I mean, it’s a cocktail for insanity. Writing started giving me this deep feeling of pleasure that was independent of anyone else’s opinion. 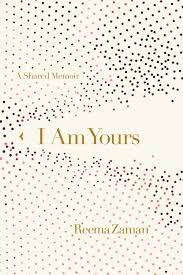 You’re helping a lot of people find their voice, including high school students through the curriculum you developed.

Once I noticed the immense positive impact that this manuscript was having on my health, I became fixated on the idea of offering a toolkit to high school students. I realized the enormous joy and peace and health that discovering and using my voice gave me and wanted to help other people discover the same. Discovering the strength of one’s voice is how we create healthy relationships, then stand inside healthy relationships, and protect ourselves and advocate for ourselves in the workplace, in families, in love, in everything. That’s why I’m so passionate about helping young people, because then it’s about preventative medicine and equipping them with tools to succeed and thrive.

Absolutely. Coming to the page from the ego can be very debilitating. ‘No, I’m not intelligent or interesting enough to write my story.’ That’s the ego and fear talking. I say, how about I put aside the desire to be impressive and instead, focus on writing something that will be of service to someone else. Go from there. Through the daily practice of that, accidentally, naturally, you will discover enormous intelligence and beauty because those qualities reside within each of us. I think a lot of people get paralyzed by the pressure to be brilliant or witty or poetic. So, I tell my students, don’t pressure yourself with that. Just focus on writing a sentence that will be of service to someone else, follow with the next sentence, and the next.

You say it’s time to free our voices and to speak as a revolution. For those who haven’t read your book, what do you mean by that and why is this revolution so important to you?

I fully believe that all of the world’s wounds and prejudices can be traced back to a culture of silence. A culture of saying only certain people are allowed to speak and make decisions, and other people are not allowed to. These boundaries are set up between abusers and children. Abusive politicians and citizens. Certain races and other races. Certain genders and other genders. Getting to a place of healing, equality, and true freedom begins with us dismantling silence culture and saying that every voice matters and to actively create, protect, and nurture the rise of those voices. That’s why to speak is a revolution. 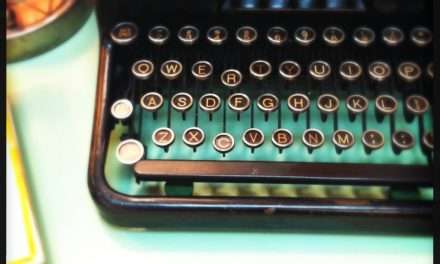