I was sipping lukewarm coffee near a window when she died. Her death did not surprise us. Age had eroded her slowly, the way a hillside crumbles over time — each year chipping away the soil of her strength, the clay of her memory. I was ten years old when I realized Grandma would not live forever. The sight of her poking an insulin syringe in her belly pricked me to the core. When the doctor gave her a bulky metal walker to use, I feigned excitement, hopping on the bars as if it were playground equipment. But at night, I cried when I thought about what it meant.

Our connection had solidified in my infancy. I was a shrieking, inconsolable savage — the sort of baby women heard about while being warned about the pitfalls of motherhood. Frazzled and worn thin as if sandpapered by the tasks of parenting, my mother walked me down the street to Grandma’s house. I seemed to know even then how well I fit in her arms and how much we belonged together. I spent most of my time at her side, where a simple magic floated between us. As a child, we watched murder mysteries on television, discussed the books I was reading (books she had also read in her youth) and listened to the squabbling birds in the pine trees that towered outside her little white house on 66th street.

Of all the gifts she gave me, the gem of literature shines brightest in my memory. Inside the bubble of our days, the swirl of Grandma’s lilac perfume and the fairy dust of her fables drew me to her on the sofa. We read the cracked leather book she had saved from her childhood, a small trove of rhythmic treasures that marched their way into my heart, each stanza sinking down. She’d remember those poems, even after she had forgotten my name. And I would remember the rhyme she wrote — the lines that broke my heart.

“Write me something,” I’d begged. The next day, she called me to recite her work:

The days are short.
The nights are long.
Soon I’ll hear old winter’s song.
Tell me please,
How can it be…
I’ve grown so old,
So suddenly.

“It’s not particularly eloquent,” she said, but it was profound. I began to understand the brevity of life and the way time seemed to speed up in one’s latter years, leaving its passengers careening frighteningly forward.

In my teen years, Grandma pressed a wad of stiff bills into my hand, her non-negotiable reward for the dye jobs I did on her hair — summer blonde. She grew up in a well-to-do-household. They were the kind of family that knew which forks to use and why. But she married my poor grandfather anyway, and never looked back. Still, her impeccable grooming always stuck, and it made me think she was celebrating life at all times — even the mundane moments. She would dress up to fetch the mail because that was reason enough for red lipstick.

I massaged her scalp with shampoo over the kitchen sink and rinsed away the remnants of store-bought dye. At barely five feet tall, she had to stand on a small, plastic stool so I could do the work efficiently. When we finished, I twisted the damp strands in a towel and walked her into the bathroom for the next phase of blow drying and styling. She was wobbly by then, well into her 70s and with a few surgeries and heart attacks behind her. Her memory was fickle, coming in and out of frequency like an old television set with rabbit ear antennas. Some days I sat with her and chatted. After short periods of silence, she turned to me and said, “Hello dear. When did you come in?”

Those were the first murky steps toward the slope, and I had the feeling a part of me was breaking away, like a branch snapping off during a storm.

Two years later, the nursing home smelled of bleach and urine — an odor that reminded me of the word pungent, which Grandma taught me when I was a child asking how I might describe the smell of a pickle. The linoleum floors were waxed to perfection as if a bit of shine could offset the melancholy. When I saw her slumped in her wheelchair in the shared room, it was as though I was looking at somebody else’s grandmother — some gray and forlorn woman. No more summer blonde or red lipstick. No more perfume or songs. I sat down and did the only thing that felt safe at that moment — I read. At first, it was the newspaper, because it was readily available on her nightstand. But on other visits, I read poetry from the books I’d found at a used bookstore that carried musty, tattered volumes of the classics. She read with me, mouthing the words in a small, stranger’s voice. Her inflection never faltered, and it was the only way I could tell that Grandma was inside there somewhere, like a stone at the bottom of a well.

Six weeks after my second son was born, I got a job at that nursing home. If Grandma had to be there, I felt compelled to be there too. I worked the night shift and got used to the smells and the chaos of buzzing call lights. After my shifts, I crept into Grandma’s room, leaned over her sleeping body and tucked the blankets beneath her chin as if to repay the favors of my youth. One morning, her eyes flashed open and she shrieked at the sight of me, a stranger in her slow-fading universe.

“Get out,” she hollered, the steel blade of her words slashing through me.

Devastated, I ran from the room, straight through the sliding glass doors and into the dark, wet parking lot. I let the rain pelt me a while, wash me away if it could. The next day, I made a transfer to another unit. And a few months later, I fled to another state entirely.

Outside of my visits with Grandma, I’d been tumbling like a downhill boulder toward the demise of my volatile marriage. With my two sons in a packed car, I detoured south for a while. We traveled to the Spanish-moss draped city of Savannah. Several weeks later, my aunt called with the news — Grandma was dead. It was as though a song of 80-plus years had abruptly stopped playing — the cadence of her breath, the tempo of her heartbeat. But the orchestra of life droned on.

I could not attend her funeral. I was 1,100 miles away with no plans to return. I didn’t need to see Grandma’s decked out bones, boxed up like department store shoes. I held her where I needed her — in the place she held me best: on that sofa near the window in her house, where the sun spun gold and nothing seemed impossible. 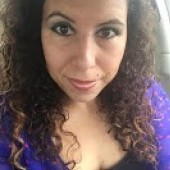 Rica Keenum is a senior magazine staff writer and the author of Petals of Rain: A Mother's Memoir. She writes about trauma, resilience, relationships, gratitude, and all the things she's currently pondering. Visit her online at: ricawrites.com. 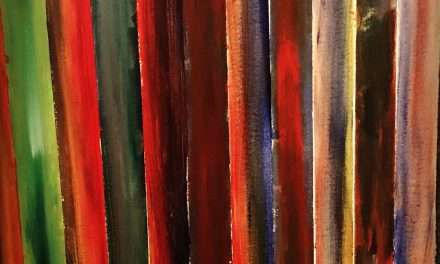 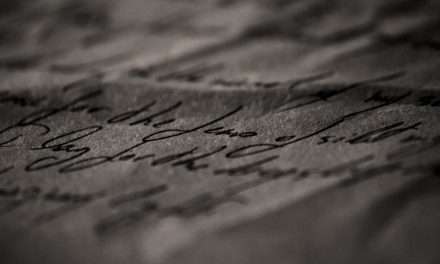 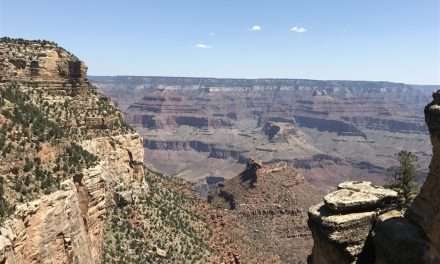 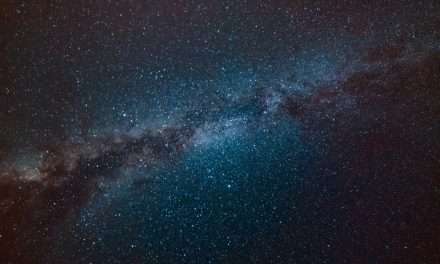 I Found the Stars