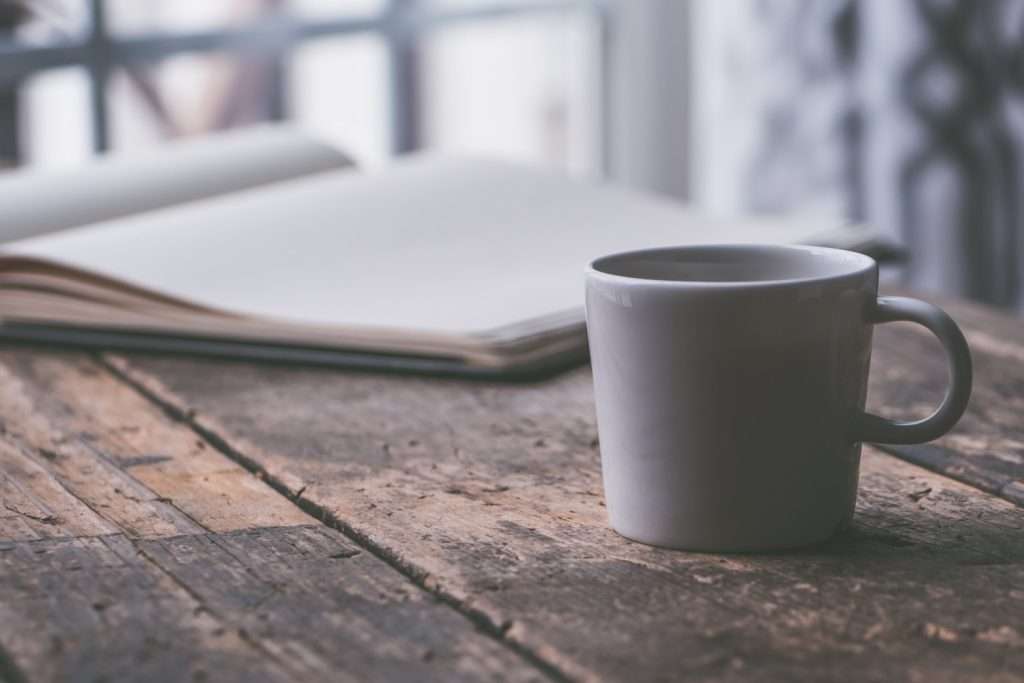 For nearly two weeks straight, I made my way to Café Commuovere just after lunch, ordered an espresso, and held the table next to the front window hostage well past sunset. For hours on end I sat at that window watching the wavy silent play of Milan run endlessly in the reflections of puddles splayed across the asphalt. I was hoping to find inspiration to write a novel, but instead I’d pitifully scribble out two or three sentences at a time and, unconvinced of their worth, flip over to the next page of my notebook until I could produce a paragraph that would get me into rhythm. But I regularly awakened from uninspired dazes to find my hand tracing coffee circles. The nothingness ricocheting inside my mind was remarkable, and I often wondered what element I lacked that other writers possessed.

My morning walks through the city provided plenty of inspiration, but it was all so ephemeral that I was completely uninspired by the time I sat down to write. I knew I needed something else. And one day, after eavesdropping on a conversation between two literary sorts and hearing them name drop Café Commuovere three times in five minutes, I quickly navigated my way to the little pin they’d placed in my mental map.

I don’t know what I was expecting, but I was focused. Every time I saw someone pull out a pen and notebook, I immediately stopped what I was trying to write and tried to catch a glimpse, studying their mannerisms and anything I thought I could use to my benefit. And time flew by and I’d look at my watch and feel the shame slide through my veins upon the realization that I’d let the bulk of my prime writing hours spill between my fingers. Then I’d slump back to my apartment in a mild depression, only to repeat the scenario the next day.

On the 11th day, he walked in. I saw his profile first and took him for a mere civilian—not a soldier battling on the front lines of the war of words like myself. I’d made a habit of procrastinating by guessing a customer’s drink preference based on their appearance or demeanor. I had him pinned for a cappuccino, but when he ordered a triple-shot of espresso, I became intrigued. He was serious.

As he turned to find an open table, I realized it was Horatio Vespucci, from Modena, Italy. His latest short story collection, Reflectionless Mirrors, was up for some notable literary awards all around Europe. He’d made a list of “Top 25 Writers Under 25,” and he was instantly recognizable by the thick black eyebrows that brooded atop a remarkable supraorbital ridge. I still can’t fathom how someone five years younger than me could be 10 years ahead of me in talent and recognition. I pretended to keep writing as he took his seat.

Vespucci sat down at the cedar-topped table and pulled out a yellow legal pad and a pencil worn down midway. My throat dried as I considered the marvels he was destined to create. He reached into a black leather satchel and pulled out a pencil sharpener, then he carefully twisted the pencil inside it until the point was perfectly center and a single shaving dropped to the table in a clean, tight spiral. He blew the shards off and tapped his elegant forefinger on the tip of the lead like a Japanese swordsmith testing the sharpness of a freshly forged katana. Then, he centered his notebook on the table and sat up straight, taking a deep, measured breath. His process was mesmerizing, and I became alarmed at my complete lack of such precision and routine. And I knew that until I could come into my writing with a grace like his, I never had a chance.

I’d completely forgotten about my own writing, but I was researching—a character study. Vespucci put the pencil down, sat back in his chair, and took a sip of his espresso with the care of an anesthesiologist prepping a syringe. He drank it down to its exact halfway point then set the cup back on the table with the force of a gavel. The man knew the precise amount of caffeine he needed coursing through his bloodstream to stimulate his brain to its creative zenith. I was speechless.

He looked the part, too—an athletic yet scholarly type in grey slacks and a navy blue polo. His hair was dark, tapered in on the sides, and wavy on top. His brown leather loafers oozed class and charisma, and even at his youthful age, he had the wide eyes of a man who knew things, who’d seen things.

He picked up the pencil and let the eraser gently mash into his bottom lip, then lowered the lead’s sharpened point about an inch above the legal pad, where it wavered in resistance against the paper like two repelling magnets. Then, he brought the pencil back up and sat still, listening carefully to the sounds of the little Milanese café whirling around him.

I could only dream of having the patience to take that much time creating the perfect opening sentence. I knew he was onto something and I couldn’t look away. He inhaled deeply, and exhaled in exact inverse proportion. And I realized that I’d been holding my breath. Then, he placed the pencil down and put the legal pad back in his black leather case, slammed the rest of his espresso back like a shot of vodka, grabbed his pencil, and left the café in a rush. I was dumbfounded. About a minute after he left, I shook myself from the daze and looked down at the scribbled lines on my paper. Worthless. I picked up my belongings and headed home.

By the time I made it back the next morning, Vespucci was already at a corner table, pencil firmly gripped, looking straight ahead as he soared through the galaxies of his genius. I ordered a triple shot of espresso from the counter and calmly placed my belongings down on the table across from him, taking a glance at the paper on my way to see if he’d written anything. Not a single word.

This was exactly why I’d come to the café—direct insight into the world of a real writer in his process, unadulterated and unfiltered. I hoped to remember each blink of his eyelids, every angle his shadow cast on the floor as his body blocked the light from its final destination. But again, after a very similar progression, he simply downed the final half of his espresso, put away his legal pad, and exited the cafe in haste. The man was mining diamonds, stalking his prey stealthily and skillfully like a tiger in the tall grass. It was poetry at rest.

Before the 3rdday he came in, I rose from my bed at sunrise and ran to the cafe to make sure I was there when it opened and could take the table that ensured I’d have an angle to see his face wherever he sat. I needed to see his eyes. I had to know what he was thinking. What made him so different? Why was he famous and I wasn’t?

When he came in, the purple bags under his eyes stood out in high definition. He ordered a triple shot, and I tried to pretend I was busy as he sat down and immediately pressed the pencil’s eraser into his forehead. He drank the espresso with his usual care, but once he reached the halfway point, he stood up and stretched his arms over his head like a swimmer preparing to dive. Then, he sat back in his chair, grabbed the pencil, and the point of the lead finally touched the page.

The pencil sat there, in the same spot, for nearly two minutes before he snapped it between his fingers. After a moment, he got up, walked to my table, and sat down.

“I see you in here writing everyday,” he said. “I’m a writer too, but I haven’t been able get out a single word for nearly two weeks. I never believed in it before, but I think I have a legitimate case of writer’s block.”

“Vespucci, right?” I asked, as casually as possible. “I haven’t read Reflectionless Mirrors, yet, but I’ve read great reviews. It’s a pleasure.”

He shot me a humble, obligatory, closed-mouth smile. It almost seemed like he was sad that I’d recognized him.

“And I know the feeling,” I said, hoping to keep the conversation going, “but with your talent, it’s only a matter of time until the dam breaks and you pour out something amazing.”

“Thank you,” he said, sincerely, “but to be honest with you, right now I’m starting to think the riverbed is already dry.”

“I highly doubt that. Reflectionless Mirrors proved you’ve got it—whatever it is.”

“It would be a fairly predictable trajectory, wouldn’t it?” he asked, solemnly. “Get a little early recognition, get in your own head, and then implode. In retrospect, I would’ve preferred no recognition if it meant that I’d be able to write freely, all day, every day, like you.”

“Are you kidding me? I’d trade every word of my future writing for a single moment of recognition as grand as the praise you’ve gotten. You’re on top of the world right now. What else could you want?”

His thick eyebrows furrowed and he looked me directly in the eyes.

“What?” he asked, seemingly offended.

“I mean, come on. You could never write again and you would still—”

“Nevermind,” he said, closing his eyes and shaking his head incredulously. “I’m sorry for interrupting you.”

He rushed back to his table, sat down, and rummaged through his bag, emerged with a brand new pencil. He sharpened it hastily, then immediately began writing with a blaze of fury I could only dream of. Except to sharpen his pencil, he wrote for over four hours without stopping. It was incredible. And I sat there the whole time, watching, waiting to discover what the difference was between him and me. 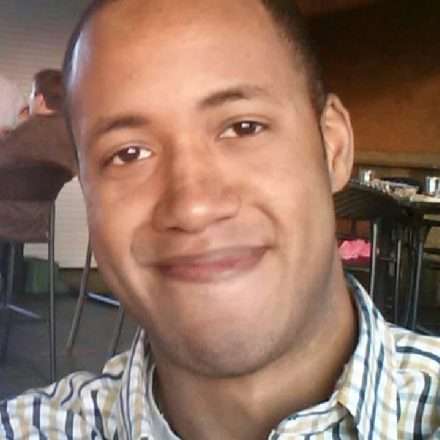 Leonard Vance is a writer from Chicago, Illinois. After earning a bachelor's degree in English Literature and Language from Western Illinois University, he edited novels and short stories at Curbside Splendor Publishing. His short stories have been featured in Fall Lines, The Brave New Word, and Flavorwire. 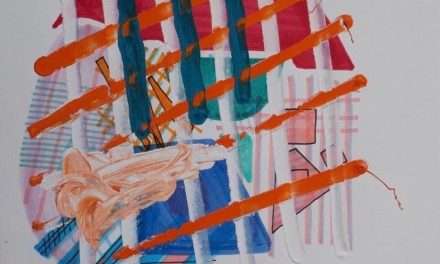 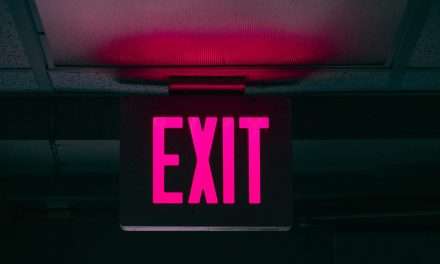 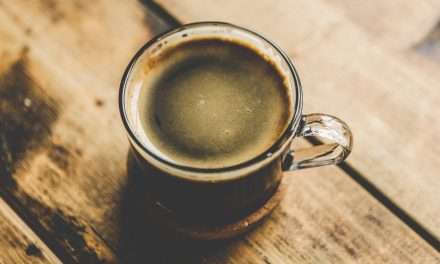 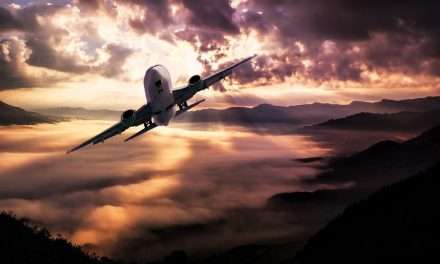