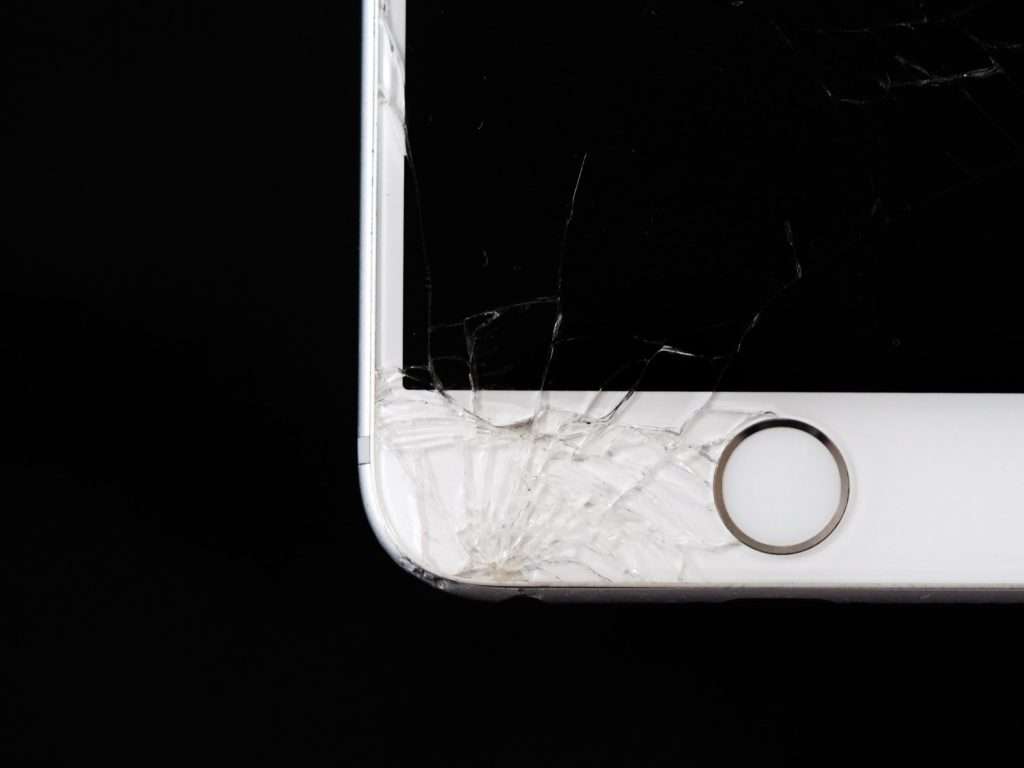 It seems a simple thing, but I’d never considered it; if you see a ghost, it means somebody is dead. That might not seem important to a mind bent on gathering ectoplasmic samples, but I bet they’d feel different if the ghost they saw had been their wife or mother.

I’m not using real names, so let’s say mine is Jim. I lost my wife a few months ago and it’s been real hard. I made mistakes in how I dealt with it, especially with my boy, who we’ll call Kendall. Kendall’s eleven, going on twelve, and losing his Mom, well, there’s no words to describe it.

Everybody was so helpful after Corey died; for at least a month, anyways. Then they sort of disappeared, except for the uncomfortable occasions when we met at the mailbox or at the grocery store. I could put up with the false cheerfulness of others, but my heart ached every time I saw Kendall staring at his Mom’s picture. So I got Wi-Fi, bought him a tablet and let him play games on it as much as he wanted. It wasn’t the smartest thing to do, but it kind of numbed some of the pain for both of us. He seemed happier and that was good enough for me.

Summer break came, and once school was out, I didn’t know what to do with the boy. Corey had always been home to look after him. I suggested a summer camp, but Kendall insisted he could stay home on his own.

“Dad,” he said. “I’m almost twelve and I know how to make ramen noodles.”

That clinched it for me, once we had confirmed he wouldn’t eat ramen every day. I also told him not to open the front door to anyone but me. I didn’t know there were other more dangerous doors in this universe.

Kendall was playing the usual twelve-year-old boy stuff, Clash of Clans, Geometry Dash and something that skirted my limits on blood splatter, Dead Trigger 2. I usually got home from work around 5:00, just in time to kick Kendall off his game and get dinner started. When I came in, I was always given an exuberant rundown of his latest conquest. Then one day I entered the house and it was dead quiet.

“Kendall?” I called out, receiving no response.

I kicked off my shoes and went to the living room, where he usually sat on the couch to play. He wasn’t there. My heart started thudding a bit, and I ran upstairs to look in his room. I could hear a creepy whimpering sound from behind his dresser. Kendall was there, all right. He had the tablet clutched in his hands, and I’m not entirely sure of this, but I thought I saw it throb, like a beating heart or something alive.

“Kendall!” I shouted, as I grabbed it from his hands.

The damn thing made a spitting sound, like a cat hissing at a dog. I punched the screen with my fist and the screen went black. Kendall screamed and then looked at me like he had just woke up.

I stood with the tablet in my hand, wondering if I was asleep.

Waking up would be good, I thought to myself, come on, Jim, time to wake up.

“That’s a nice thought, Bud,” I managed to croak. “Maybe you fell asleep and dreamt it.”

“No!” he replied, surprisingly emphatic. “The game said I could see her if I used the password. When I tried to type it in, she made me stop.”

“Okay,” I said. “Why don’t we go to Fat Burger and you can tell me about this game? I don’t feel like cooking. You up for that?”

“Yeah,” he said, suddenly perking up. “Can I get a combo with a shake?”

I picked him up and hugged him tight.

“You got it, Kenny,” I growled into his ear. “And onion rings for two.”

We headed off to our local Fat Burger, and after we’d stuffed ourselves silly on fat and sugar, I asked him about the game he’d been playing.

“It just came up on the screen,” he said. “I didn’t even hafta download anything.”

“But did you do anything before?” I said. “What were you doing just before the game appeared?”

Kendall wouldn’t look at me, and when he finally raised his head I could see he was holding back tears.

“It’s alright, man,” I whispered. “You can tell me anything.”

I didn’t want to pressure him, so I said “okay” and we left. I put him to bed awhile later, and went to my study and tried to do some work. I couldn’t get the image of that damned tablet out of my head.

“Jim,” I said out loud to myself. “Its 2017, a scientific age where ghosts and goblins are living only in Hollywood and creepy Japanese horror flicks.”

I was trying to be funny, but a jittery feeling ran from my gut right up to the base of my skull. I wanted to look at the tablet, but in truth, I was scared of doing it.

“Okay,” I said, blowing out the breath I hadn’t realized I was holding. “You need to see what Kendall was looking at.”

I got up and went down to the living room. The tablet was sitting on an end table, right where I’d left it. It wasn’t throbbing or glowing and it powered up with no problem. It had a small crack on the screen, but there was nothing metaphysical about that; I had punched it.

“Shit,” I said, feeling kind of stupid for having reacted that way in the first place.

If I hadn’t known what pure agony had prompted the search, I might have laughed; there were 243,000,000 results for it. I scrolled through the first dozen or so, but found nothing related to any kind of online game. I was just about to give up, when a dialogue box popped up. The user name was set as “CUrMom,” and there was a blank password field. A tiny cartoon-like character trotted out from the side. It resembled a demented Jiminy Cricket, the cricket body topped by a gargoyle head that looked like it came from a medieval cathedral. I could feel the tablet start to throb in my hands, but I couldn’t let go and I couldn’t take my eyes off the weird character. Some text scrolled across the bottom of the screen.

The little creature scampered back and forth between the text and the password field, pointing to one and then sweeping one of its misshapen appendages towards the other. It was comical and malevolent all at the same time. After a few moments I realized it was an invitation.

When I tried to release my grip on the tablet, my mind was flooded by thoughts and memories of my wife, Corey. I was overwhelmed with feelings of sadness and loss that were almost unbearable. I started to cry. I tightened my grip on the tablet and the feelings subsided. Without even realizing it, I started typing in the first letters of the words on the screen, Dimittan Daemonium.

Two things happened at that moment; a wild-eyed Kendall came running down the stairs and somewhere in the space between the tablet and the Wi-Fi modem, my wife appeared as a gauzy haze. Spectral, to be sure, but her without a doubt. I tried to stop entering the password, for that’s what I knew it had to be, but when I did, the horrible feelings of loss and pain intensified. The tablet shook in my hand as another character entered the field. It was Corey, the way she was when we first met; tight shorts, halter top, tough and sweet, but in this version, armed with a wicked looking battle axe. The cricket turned towards her and the tablets grip on me subsided. The little beggar pulled something that looked like a short sword, but never got a chance to use it. The battle axe split the ghoulish skull down to the shoulders.

I flung the tablet against the wall just as Kendall nearly knocked me over trying to wrap his arms around me. To say the next few moments were dreamlike would be a massive understatement. I felt embraced, and not by Kendall, who was hanging on to me like a life raft in stormy waters. He relaxed at the same moment I felt the caress. It was not a physical feeling; it was something that transcended physicality. The words I heard spoken were not absorbed through my ears. The sound rose up from the depths of my life, my soul, if you will.

Our ghostly wife and mother moved towards us and then dissipated like a sun-kissed morning mist. Kendall and I were left holding each other, tears running down our cheeks. We were not sad; these were tears of joy.

“That’s what she told me before she died, Dad,” said Kendall. “Did you hear it?”

I could only nod my head.

It was a turning point, for sure. Our lives brightened and we have grown so much closer since that day. The shared journey of grief, the one in which all beings must partake, is rife with choices. Do we choose courage over fear, growth over blight, or hope over despair? After all we’ve been through, Kendall and I have made a conscious choice; we will not live chained by the demons of loss and regret. Corey wouldn’t want it any other way.

Oh, and by the way, we made one other choice; we’re cancelling the Wi-Fi. 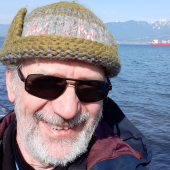 Ned Boyden has been a singer/songwriter for forty years and began writing fiction eight years ago after a car crash temporarily rendered him unable to play the piano. His short story, “A Certain Degree of Latitude,” was published in the Fall 2010 edition of Shadows Express. Ned has a portfolio that contains numerous short stories, two novellas, and a novel, Purple City. Ned also writes for the Arts Umbrella Apprentice Dance Program blog. Read more at: audcblog.wordpress.com. He lives in Vancouver, BC, with his wife, Naoe, and his wildly talented twin 14-year-old boys. 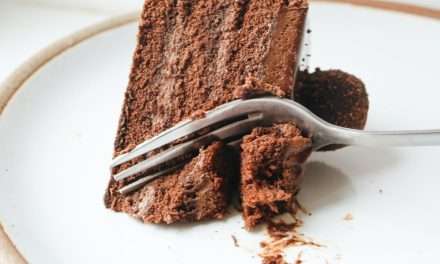 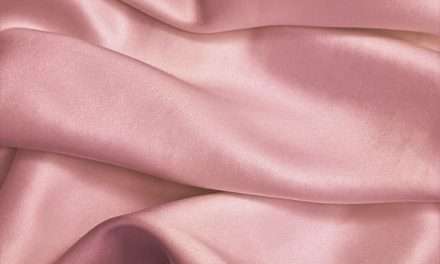 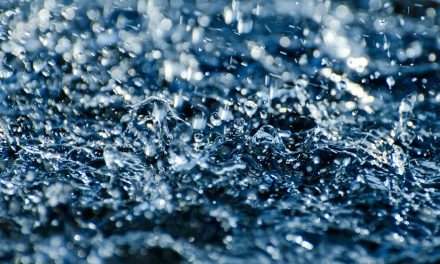