Today we begin our third Fiction Week this year, featuring the work of a new writer each day. Enjoy this story opening the week.

Camila watched her latest client strut from the salon with his new do. She might liken his swagger to that of a proud peacock flaring its feathers if he didn’t remind her of a ridiculous character from a Dr. Seuss book. This one asked for his hair to be dyed green with cyan-tinted ends. It seemed she couldn’t go anywhere in the city and not find one of her signature Don King-lookalike hairstyles.

She had protested when her parents demanded that she accompany them on their trip to visit her aging great grandfather. Little did she know that nearly a decade later the excursion would inspire New York’s latest craze of high-fashion coifs.

“But Argentina is so far away, and I’ve got so much going on right now. The timing just really blows,” she had whined.

“Yes, it’s a travesty that people can’t first check your schedule before approaching the end of their lives,” her father snipped.

“You haven’t seen him since you were little,” her mother added. “This will probably be your last chance.”

“Exactly. He probably won’t even remember me. I just don’t see the point.”

Camila’s mother pursed her lips. The expression struck Camila as the facial equivalent of a period, punctuating the end of the discussion, but unfortunately her mother had more to say, “The point is that you are going, and that’s that.”

Oh, so that’s where the period goes, thought Camila.

Camila stared out the window of the Aerolineas Argentinas Boeing 787 imagining she might’ve been placated had their itinerary included the cosmopolitan city of Buenos Aires and the sites where Madonna portrayed Eva Peron (yet that would’ve meant even more time in the car) and a venture south to Patagonia, a place everyone has heard of since an outdoor clothing company was named after it. But instead, they were flying into Cordoba and then driving north for two whole days to his home near Pampichuela, a small village in the Calilegua National Park, wherever that is. Not only would they travel in the opposite direction from Camila’s desires, but they were traveling during Argentina’s winter, the opposite of their season at home—forcing Camila to miss most of her coveted summer.

In the fall, her classmates would no doubt ask, “Go anywhere exciting over the summer?”

To which she would retort, “I went back to winter.”

Camila’s 16-year-old brain had decided to be miserable and was determined not to acquiesce to her parents’ constant encouragements… “Oh, look at that view;” “Just smell the freshness of the air;” “Taste this! It’s amazing;” “Blah, blah, blah.” Her plan: stick the earbuds in and zone out.

But even that didn’t go her way.

Barely an hour into their drive, Camila’s iPod died. She had forgotten to plug in overnight, and the rental car offered no outlet. Alas, her only audio for the entire day was an endless supply of folklorico, tango, and the drone of her parents who began to sound like the adults in a Charlie Brown cartoon.

Like the music, the grassy landscape appeared infinite and the two concerted to hypnotize Camila. At one point, Camila didn’t even complain when she could no longer hold her bladder, and with no rest stops in sight, resorted to squatting alongside the road. It was here that she snapped a photo of the windswept clumps of grass, trichloris.

That night, in the adobe inn where they sought respite from their journey, Camila fell asleep with her earbuds in, but despite the streaming of her popular American music, it was a tango that wormed its way into her head and permeated her dreams. At some point during the night the inn lost power which was prone to happening in the remote countryside, and the next day, she again found her iPod muerto.

But the grasslands had given way to the Sierras and ultimately the Andes and the dramatic terrain awakened Camila from her hypnotic state with such force that she was now like an amnesiac—forgetting that she was an angst-ridden teenager. Instead, she became more childlike, excited by mountain goats grazing alongside the road, anxious to stop at roadside shacks for a bite of local fare, and demanding frequent stops for photo ops. By the time they reached Pampichuela, she was no different from the child her great grandfather had seen many years before, only taller.

Days away from his hundredth birthday, Camila’s great grandfather was the eldest gaucho in the village, and, as such, the entire population of 160 residents planned to celebrate. Of course, with the many relatives who’d traveled from near and far, there might be close to 200 revelers, including Camila and her family. In the days leading up to the party, the old man taught Camila to play the siku, a traditional Andean pipe instrument, which he had made by hand. On his birthday, she would play him the song.

It took some time for Camila to return from her Argentine adventure, though one might say that she never fully did. On the day that he would have been 109, Camila pulled out the siku and again played the song, as she had done on his birth date every year since. Afterward, she sat in her apartment, rain streaking the windows, as she gazed at her photo album from that trip.

Looking at the picture taken during her potty-break al natural, she remembered it as the transformative moment—the instant that she surrendered to the place and allowed herself to be changed by it.

Longing to return there, she went into the bathroom, flipped her head upside down and blew out her hair, using a styling product to set it into its swept-up shape. She expected teasing, literally, from her fellow stylists, but the opposite occurred. Then, when she streaked the roots and tinted the tips, the style took off like a wildfire in the arid pampas. Soon, her days were booked solid well into the future.

She giggled, if only they knew. 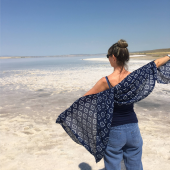 With a formal education in cinema studies, Lesley Kontowicz has always been inspired by imagery. In her series, 1 Picture=M Words, each 1,000-word story (based simply on MS Word's word-count function with title included) is inspired by a photograph. Though she's landlocked in Tucson, Arizona, she hopes to one day live aboard a sailboat exploring, and writing about, anywhere the wind and water will take her. 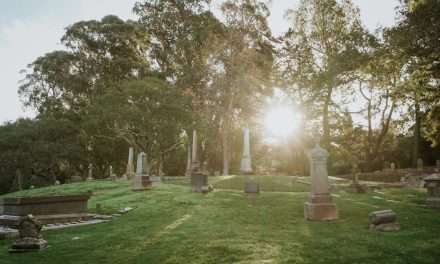 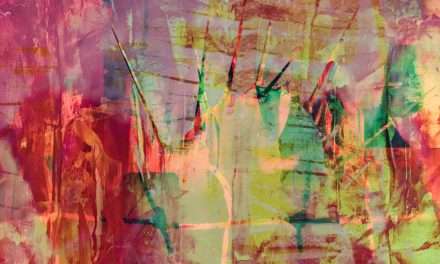