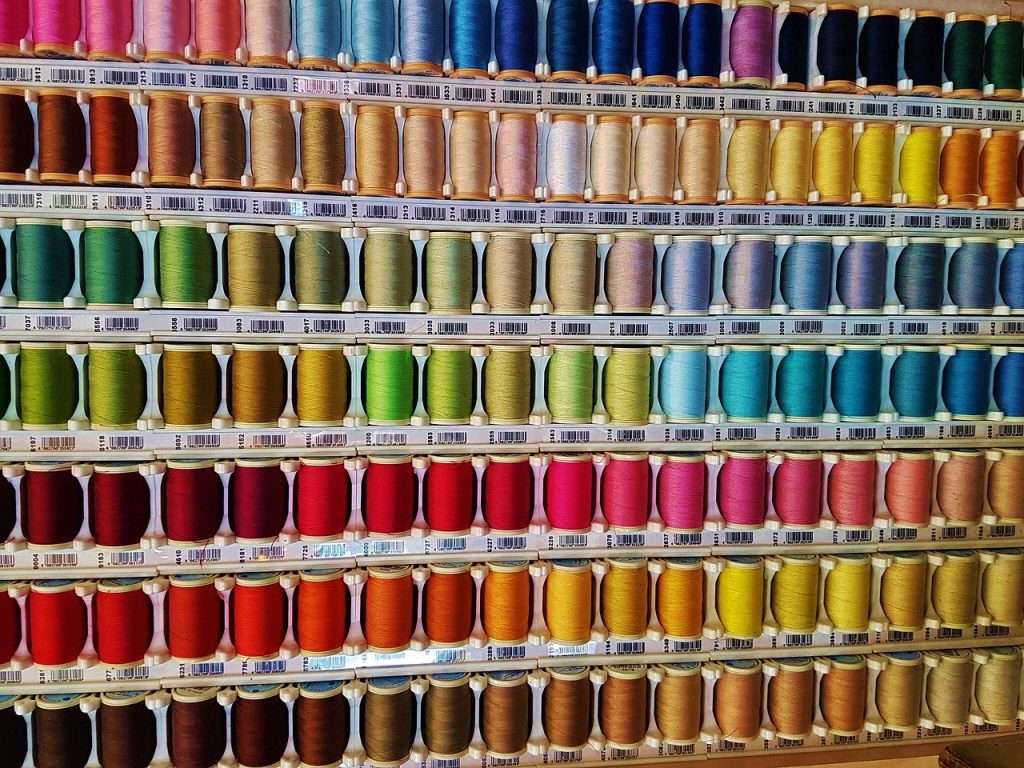 The summer I was 10, I rode my clunky blue bike to sewing class at the Singer store. It was hot and there was no shade. My bag of jumbled fabric and pattern pieces banged against my leg as I pedaled and sweated block after block for a mile and a half. It was 1964 and in my Ohio neighborhood, many girls learned to sew—it was thrifty. Sewing also appealed to the part of me that longed for something. I wasn’t sure what, but something that would make me special. I thought chic clothes would provide what I yearned for.

At the back of the store were pattern books and possibilities. As I dreamily flipped through the pages, I envisioned an ivory silk shirtdress with French cuffs and pearl buttons. Two and a half yards of cloth could be changed into a wonderful dress! For the first time in my life, I was caught up in a rush of inspiration and self-expression as heady as that of any artist.

Until then, I hadn’t seen myself as creative. When I began school projects, I never had a clear image in mind for the stained glass windows we made with wax paper, melted crayons, and black paper or the candlestick holders that were decorated with pasta and sprayed gold. I just placed the crayons and pasta randomly and hoped for the best.

But right in front of me was an illustrated dress pattern. Although it included step-by-step directions, I could rely on my own vision of the fabric, color, and details that would unlock the design’s potential. Not only could I dream it up, but I would also have the skill to make it. I could do this.

Looking over my shoulder, my sewing instructor directed me to the “Very Easy” patterns at the back of the book. Her pointy fingernail tapped at a pattern for a V-neck jumper and a simple sailor dress. “Why don’t you write these pattern numbers down, and your Mom can help you decide when you come to buy fabric. You can try those other ones after you have some experience.” At first, I felt deflated and ordinary again, but later spent days imagining the possibilities for the dress. When I returned with my mother, I chose to make the dress in a tomato red fabric, with a white sailor collar that would have red, white, and blue piping as an accent.

In the basement of the store, I studied the craft of sewing along with seven other girls. We learned to fit each tissue paper pattern piece on the fabric like a mosaic, so no fabric would be wasted. I came home with the words “tailor tack,” “seam allowance,” and “selvage” on my mind, repeating themselves unbidden during the dinner dishes and again as I lay in bed.

In class, I chafed at the exacting requirements: sewing 5/8”seams that didn’t drift to 3/4” or 1/2”; sewing slender crescents and sharp narrow triangles for darts instead of crooked lightening bolt seams; making tight, neat knots. Though mastering the craft wasn’t easy, I grew more excited as the dress took shape.

Some days, my head ached from concentration. My armhole facings were lumpy and irregular, instead of the smooth ovals they were meant to be. My zipper had to be ripped out and re-done three times. I got discouraged as my vision of the dress dimmed in face of the rumpled panels I guided under the presser foot and flashing needle.

One afternoon when the dress was nearly done, I was particularly dejected. I knew my dress looked childish and stupid, and I was overwhelmed by its imperfections. My teacher noticed my expression and said, “All you need to do is wash this and press it for the class style show. It will look great.” I wanted to believe her.

She was right. When I walked across the stage, my dress’s crooked interfacing seams no longer mattered. You could hardly see my mistakes—they were all on the inside. I felt as chic as Hayley Mills and self-assured as Nancy Drew—everything I’d envisioned.

As I completed more clothes, my sense of myself as a creative person grew. However, by the time I was in college, I no longer sewed my own clothes. I didn’t have the patience or skill to make the lined blazers that were fashionable then. Indian muslin peasant blouses and skirts were so inexpensive that it made more sense to just buy them.

My creative pursuits broadened—initially to metalsmithing and macramé, and later to pottery and gardening—which all appealed to my love of color, texture, and design. Sewing became a way to create unique furnishings like bedspreads, shower curtains, pillows, and window coverings that expressed my taste.

In the basement of that Singer store, I learned that it was imagination and skill that made me special. As my sense of creativity expanded, I discovered that identity isn’t something that you step into and zip up. It’s something you make with the raw materials at hand—an eye for color and detail, the imagination to envision something wonderful, and the persistence to master the necessary skills. What I didn’t know at 10 is that I wasn’t simply making clothes; I was inventing myself. 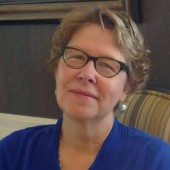 Ellen Shriner has published personal essays and short memoirs in the Wisconsin Review, Philosophical Mother, Minnesota Parent, Messages from the Heart, BrainChild, Midwest Home and the anthology, Mourning Sickness. She has written a book-length memoir about coming of age in the workplace during the 1970s. She writes marketing communications and creative nonfiction in Minneapolis, Minn. Find her online at wordsisters.wordpress.com.