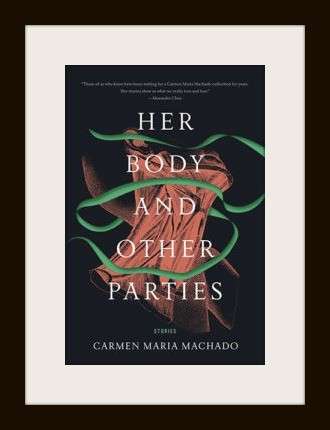 Although story collections often serve as debut writers’ introduction to readers, books of short fiction are often overlooked, treated as the warm-up act to a forthcoming longer work. Even Alice Munro, the Nobel Prize-winning master of the form, told The Atlantic in 2001 that she started writing short stories mainly as “a matter of expediency” when she had small children at home.

Carmen Maria Machado’s Her Body And Other Parties is a collection of stories that more than holds its own as the main event. From the opening story, “The Husband Stitch,” which uses popular horror stories about girls to question traditional gender roles and expectations, to the midpoint novella of 272 fictionalized Law & Order: SVU synopses, Machado’s debut is an innovative exploration of women’s lives, desires, and hang-ups. HBAOP reinvents the short fiction form with a unique recipe of verisimilitude, magical realism, and horror.

“Inventory,” the second story in the collection, chronicles the entirety of the narrator’s sexual encounters with men and women. In the background of the story, a deadly virus spreads across the US, killing some of the protagonist’s lovers. Here is her account of losing her virginity:

“I realized this was happening, really happening. We both undressed. He rolled the condom down and lumbered on top of me. It hurt worse than anything, ever. He came and I didn’t. When he pulled out, the condom was covered in blood. He peeled it off and threw it away. Everything in me pounded…[the next day] I felt good, like an adult who has sex sometimes, and a life. My roommate asked me how it was, hugged me.”

Machado is no slacker when it comes to prose style–swooning over her evocative language and original imagery is one of the many delights this book offers–but here the simplicity of the word choice is striking. Many women have romanticized expectations for their “first time,” but in the end there’s often really no more to say about it than the narrator says here. However, not every sexual experience in “Inventory” is disappointing. Taken as a whole, the story shows us how and why sex with other people can be fulfilling, disappointing, or somewhere in between. It’s a good story for the current cultural conversation about sex and what we should expect from it, and from each other. Why think about sex as she faces the end of the world? Perhaps in the end it is our connections with other people, both sexual and platonic, that are most important in our lives.

Relationships and sex factor prominently in most of the stories, though not in familiar ways. In a recent interview with The Paris Review, Machado says, “I…like treating sex as a thing that happens. I wanted the sex to be mostly uncommented upon, just a part of the story, a part of the characters’ lives, as sex is in real life. I have characters in this book who have sex with both men and women, and I wanted the queerness and the liquidity of the sex to be uncommented upon also. It’s not a big deal—it just is what it is.” That may be true, but readers will still be moved, as I was, by Machado’s sensual prose and the emotional intimacy it conveys. For example, “Mothers” is the story of a relationship and the passage of time with lovely passages such as:

“Blizzard throughout the night…inside, parched and itchy skin, cool lotion whorled onto backs. Fucking, muffling the cries, holding each other in a pocket of warmth beneath the quilts. And in the morning, we shove open the door, two bodies wrapped and huffing to free themselves into a world where they do not want to go. Snowdrifts turning the nuances of nature into bumps, reminding us to keep perspective, reminding us that everything has a season, reminding us that time passes and so will we, one day.”

“Real Women Have Bodies” and “Eight Bites” are two very different stories about female body image. The first one follows a sales associate in a mall clothing store called “Glam.” In the background, women are struck without warning by a mysterious vanishing disease that eerily resembles anorexia. To avoid giving away the surprise twist in “Real Women Have Bodies,” I’ll just say that I love the story’s intersection of retail, fashion, women’s bodies, and horror. In “Eight Bites,” an older woman follows her sisters’ path to weight loss through bariatric surgery. But her old body will not be shed so easily.

My favorite moment in the book comes in the second-to-last story, “The Resident,” narrated by a female writer who doesn’t fit in with the other artistic residents of a mountaintop retreat, but refuses to apologize for being herself. Lydia, another resident, confronts the narrator with criticism about her novel-in-progress that Machado herself might receive:

“Do you ever worry about writing the madwoman-in-the-attic story?…You know. That old trope. Writing a story where the female protagonist is utterly batty. It’s sort of a tiresome and regressive and, well, done…don’t you think? And the mad lesbian, isn’t that a stereotype as well?”

The narrator defends her novel’s main character as: “She’s me. More or less. She’s just in her head a lot.” Lydia tells her not to write about herself and the narrator says, “Men are permitted to write concealed autobiography, but I cannot do the same? It’s ego if I do it?” I wanted to stand up and cheer after reading this dialogue, for I received similar criticism from a male professor in graduate school.

But you don’t have to identify exactly with Machado’s characters to feel inspired by this exceptional collection. We have all felt rejected at times, have tried to hide who we really are for fear that our true selves are unacceptable. With her unique blend of horror and realism, Machado shows us what it is to be human today. 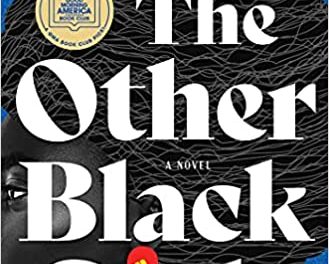