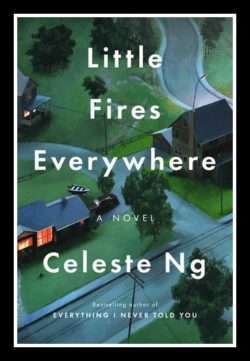 If the stakes for a well-received first novel are high—both for reader and author alike—then they must be staggering for a second novel. Celeste Ng’s first novel, Everything I Never Told You (2014), was an incredibly moving story, and so when I learned that her second book Little Fires Everywhere was due out in 2017, I was eager to read it. Additional intrigue mounted because it is set in Shaker Heights, Ohio, close to where I was raised for the first four years of my life, and the land use lawyer in me was thrilled the story centered around a planned community, the kind usually notorious for their often rigid rules and means of excluding certain classes of people, even if implicitly. But I was nervous too. Could Ng write another equally heartrending and emotionally complex page turner as her first?

She did, and dare I say she surpassed herself.

Here’s how I summed it up for my friends on Facebook a few hours after I finished it:

Looking for your next unputdownable book? This might be it. . . . I really loved her first novel … but holy smokes I love this one even more. The story is so relevant today and it touches upon so many themes: motherhood, mother-daughter relationships, race/culture within the scope of one’s identity (particularly as a minority in the Midwest/white society), the often high bar of parental expectation, what happens when the truth is withheld, what is the “right” way to live and who gets to define that, the burden of making mistakes and bad choices…all of it. It would make an EXCELLENT book club read with so many topics for debate and discussion. I think I can safely say this will be one of my top five fave reads of 2017. It is also why I have bags under my eyes because for two nights I’ve been up past midnight unable to stop reading.

Without giving away too many spoilers, I would also now add the book touches upon the multi-faceted and often provocative issues of teenage pregnancy, surrogacy, abortion, and adoption. These topics all lend themselves to both an engaging story and thoughtful discussion, especially when the author writes them with as much evenhandedness and empathy as Ng does. I sometimes found myself sympathetic to both sides of a thorny plot development or a character’s obstacle, an indicator that Ng is acting less as covert arbiter of right and wrong and more a beacon of shining light on the many nuanced sides of the same coin, where there are few neat or painless answers.

Even though the story takes place around 1997-98, the issues and characters (with all their flaws) remain pertinent today. Two themes that held great appeal for me personally, both while I was reading the book and even now almost a month later, were motherhood and the intricacies of race and class relations within the U.S. Indeed, one of the essential questions Little Fires Everywhere forces us to ask ourselves is, what makes someone a mother, much less a “good” one? Four mothers feature prominently in this story and they all become intertwined over circumstances ultimately resolved in court but which have ramifications within their personal lives and the larger community. I was most drawn to the character of Mia Warren, a mother of an only daughter like I am. Her relationship with her teenage daughter Pearl was familiar to me because there is a certain kind of intimacy that happens when you are the parent of an only child, and this came through among many scenes with the two of them. I was sympathetic to the plight of all mothers in this story, even Elena Richardson, a mother of four who is arguably trying to do right by her children but has quite a few blind spots, the kind that force white readers (like me) to examine whether we are making the same mistakes.

Ng is a deft writer who pays attention to the small but poignant (and often pivotal) moments in daily life. One of my favorite and very relatable scenes is this one where Pearl has fallen asleep next to Mia in bed:

It had been a long time since her daughter had let her be so close. Parents, she thought, learned to survive touching their children less and less. As a baby Pearl had clung to her; she’d worn Pearl in a sling because whenever she’d set her down, Pearl would cry. There’d scarcely been a moment in the day when they had not been pressed together. . . . Now, as a teenager, Pearl’s caresses had become rare—a peck on the cheek, a one-armed, half-hearted hug—and all the more precious because of that. . . . It was like training yourself to live on the smell of an apple alone, when what you really wanted was to devour it, to sink your teeth into it and consume it, seeds, core, and all.

The tension of race and class is another vital thread throughout the story. Though it is fiction taking place a few decades ago, readers will see the same kinds of gaps that still exist today in our collective (in)actions within a diverse society. Growing up in predominately white areas, I was implicitly taught to treat others equally but be race-blind (much like Elena). While I assume there was good intention (to an extent) behind the “race-blind” aspect, I realized long ago that this is not necessarily the best approach. This became increasingly clearer to me while attending a diverse college, after I settled in a city where more than 25 percent of the residents are of Asian descent, and later as the aunt of two biracial nephews. Though I am far more comfortable now, much of my early trepidation about discussing race was a direct result of the kind of “well-intentioned” thinking exposed in the book. Race and its role in our history and today should be confronted and discussed—the good and the bad—and widely so. For this reason, Little Fires Everywhere becomes an accessible catalyst for conversations about race we all need to have more fully with family and friends, as uncomfortable as they may be.

There is so much more I could say about this story and Ng’s keen abilities as a writer, and I have been recommending the book to everyone who will listen. The fact that I have thought about this book every day since I read it is enough for me tell you it’s worth making time to read it.

(I read this book individually and not as part of a book group, though I wish I had. Afterward, I came across Ng’s book club guide and I strongly encourage readers to check it out even if not read with a group.)

Kristen has generously donated a signed copy of Ng’s book to one of our readers. Please comment here and sign-up for our newsletter by December 8, 2017 and we will pick one lucky winner. 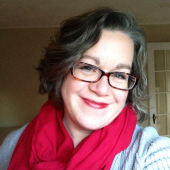 Kristen M. Ploetz is a writer and former land use attorney living in Massachusetts. Her work has been published with Random Sample Review, Atlas & Alice, Hypertext Magazine, Harpoon Review, Washington Post, (b)OINK, The Hopper, Gravel, Maudlin House, Cognoscenti, The Humanist, and elsewhere. She is currently working on a collection of essays and short stories. You can find her on Twitter @KristenPloetz, and on the web at kristenploetz.com. 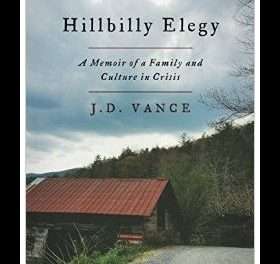 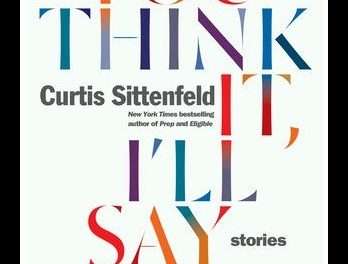 You Think It, I’ll Say It by Curtis Sittenfeld