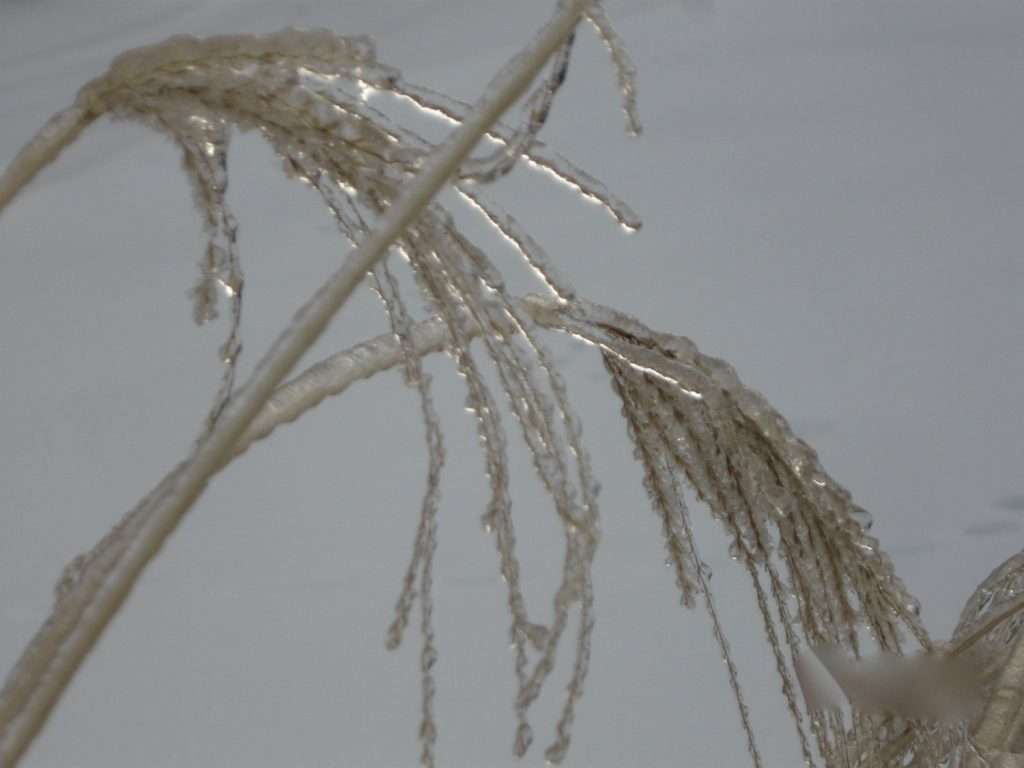 Winter was the only season we could be together.

I tried to tell you in my care packages sent to that APO address, a weird conglomerate of numbers and letters. Rank, last name, first name. It seemed so impersonal, those address labels of flat rate ship boxes I filled with things I thought you’d want over there. Boxes of cookies and smashed pretzels; little trinkets of pieces from home that reminded me of you. Of us. Over there, that giant sandbox. You called it a theater once, as if you and the rest of those soldiers were just acting, playing Army, rehearsing lines to use in exclamation over explosions, waiting for the moment when the curtain fell and you could once again be my Suzanne. Your nine month rotation was a lifetime for me; for you in makeshift barracks in your forward operating base, the cacophony of mortars sounding off in the distance, it was eternal. I missed you like I never understood could be possible. I imagine it’s something like my mother missing her China, but filled with more longing, less truth.

You received your orders at the tail end of summer and we spent those middle months between Labor Day and Groundhog Day nestled between the covers in my basement room, huddled into one another like sybarites, bent on pleasure. Time was our luxury because we knew come 2 March at 0900 hours, you were to report to your duty station, board the bird that would take you across the pond and into the brume of war. Each mark on the calendar left me dying in degrees. Spring Festival, the Chinese New Year, came and went. I couldn’t bear to enjoy the celebration. It meant only six more weeks. That was exactly when you started pulling away. Our last goodbye was chaste, less impassioned than I’d spent months imagining. You left for your installation with me full of doubt.

I wanted to tell you I loved you then. But I wanted you to believe it even more. So I kept quiet, silently marking small circles around every day we were able to be together, drawing big lines through the ones we were not. You were my world, but I was just a suggestion in your orbit. Caprice, you moved in and out of my life as if I had no stake in the game. I was indelible. And even still, I sent you something every week, hoping my small offerings might suggest to you that every other woman was and forever will be ersatz.

You couldn’t bring yourself to see it. I recognize that truth, now, when it is another summer and you’ve been back for almost six months but this is only the fourth time we’ve seen one another. As if I never mattered, as if I were some eschar to will into healing. Algedonic, you. Pleasure and pain wrapped into one gorgeous package that my body can’t say no to and my heart wants to love.

Since redeployment, a word that still doesn’t make sense to me, no matter how many times you tried to explain it, I’m not sure what your life has become. I do know you refuse to share it with me. I want to go back to winter. Now the world is an open book of possible and there’s no telling if we’ll ever work; less chance of me knowing what I’m doing with myself. But you’re my Suzanne, so I pretend like I don’t have these thoughts when you deign to spend moments with me, like now. Finally summer has arrived and with it, you.

We were on the island and I wondered what couldn’t this cure. You’ve got a half-moon of sand stuck to your butt and it looks like a total heartbreak. Lake Sara has never seemed so inviting. We’re camping, pretending like we don’t have homes. The silence between us all afternoon has been elastic, something that refuses to allow words. They bounce and reverberate against what we know is coming. If I were true, I would know that you are going to leave me. But I pretend like this is just another summer trip, you’re just another girl.

We’re sitting nearest to the beach, the cabin that I could afford after scrimping and saving and still I know it’s not what you want, or what you need. Beyond the slope of the house, near the water, Lake Sara looms. There’s a cypress tree in the distance. In fading summer light, it looks majestic. It looks how the color purple feels.

You never call me by my name.

You look at me, wisps of blonde hair falling over your left eye. For once, your hair isn’t wrapped in a regulation bun. You’ve left it loose, and I like it but I won’t tell you that. You look young, like an image from a photograph I’d like to stumble on late in life, the kind of silhouette that begs for memory. I’m exhausted by the promises you’ve never made. “Yeah, now.”

All but scream because like my mother, it seems I can never quite get there. Never can cross the finish line, never achieve the kind of greatness my Bao always tells me I’m destined for. My life has become a series of do-overs and not-quite-all-the-ways. I can’t even finish unloading the dishwasher.

“I want to be cozy,” you whine, making your voice small and plaintive. It’s disgusting and endearing. I could become a deaf man on the silent sounds your voice knows how to make. Your face sours the air between us and grows thick like Cincinnati heat in July.

“Build it your own self,” I stomp into darkness.

I stay in semi-darkness for a while, wallowing in the kind of loss that only I can understand. You will never find the words that voice my missing pieces because your family has been here since the Irish started their immigration at the turn of the last century. You’re rooted. I know a fire would help us find the kind of closeness we used to share, the closeness from the time before when everything had a meaning and nothing was left to chance. It was a melody I could count on, something I knew as sure as the way the glint of sunlight would create Doppler’s against the irises of your eyes. I hear DSO’s version of So Many Roads in my mind and sway with the melody running through me. The booze helps me move, so I take another long drink of sangria.

The glint of my ring – my grandmother’s simple gold band, the one thing that my mother Bao couldn’t bear to part with on her voyage from rural China to middle of nowhere Illinois, glints against the last of the fading light. Forlorn, lost grandeur against my simple finger. All I’ve wanted, all I’ve needed since you came back from the war is that intimacy we once had, the way you could look at me and complete my world.

I never could quite understand exactly what happened in Afghanistan because you would never talk about it. But I know something happened because you left being one way and came back being someone almost the same but not quite. You are a shade of color that’s been reduced by just the slightest amount. There’s some gnawing, gaping hole that you’re trying to fill with all of your errant behaviors. Besides, you should be able to tell me everything. Tell me about the long nights, the scorpions, the sandstorms; you should be able to articulate the feeling of your first good meal after getting off that bird for the last time.

Sure, you’d give me anecdotes, the kinds of words you pass at a party, but you still won’t tell me why every time you sneeze, your nose drips blood. You refuse to speak about the still pink scar on your upper left bicep. I’ve often wondered if your war is the same kind of war that everyone else is fighting – a war on the very sense of self that makes us human.

You haven’t been home long enough for me to change my wardrobe for the season and in that time, I’ve thought we were exclusive but you’ve found ten other lovers. I’ve pretended like I didn’t care, blamed it on the rotation, the Army, on being a female veteran with little to show for herself. I blamed it on everyone and everything but you. I wanted us to morph into something new, something greater, one solid force that could take on the world and be better for it at the end of the day.

During this entire time, I listened to both your tunes and mine, trying to find a battle rattle that sounded enough like a symphony but left a longing like a good blues song from the ’70s. You would periodically leave me and then return, and it was on the return trips that I couldn’t help but sing off key. Of course, I haven’t said any of this, and you haven’t asked. The missing life, those years when I didn’t know you existed, months when you stood in a sandbox and I tried to make magic tricks out of life stand like long passages of Hemingway’s Old Man and the Sea between us – something to be skimmed, the gist ingested, but the meaning missed.

I breathe in deep and listen for you. At the water’s edge, I hear your feet crunching against rocks. What I really want to know is what happened Over There, that giant theater of destruction and regulations, but I can’t ever find the right time to ask. And instead of looking for the words, I act out. I need you, but there’s no way to interrupt your own grief to talk about us.

I listen hard, wanting to see you rub the lake on your skinny arms, wanting you to want me the way I need to be wanted. At the shore, I swill the rest of my sangria, letting the booze and fruit cloud my head and alter my judgment. Heaving myself from my crouched, typically Asian squat that I never learned but somehow have always known, I wonder if my lips are stained purple. If they’re purple, you might notice me, see I’m a person and not another of your platoon, I’m supposed to be your partner, your best friend, I’m supposed to be that someone that you turn to when the sunlight is so bright in your eyes that you need someone to help you see. It’s dark, and in the darkness, you cannot see. 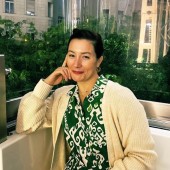 Jessica Evans is a Cincinnati native living it up on the prairie lands of southwest Oklahoma. When she's not writing, you can find her lifting heavy things. Visit her Amazon author page. 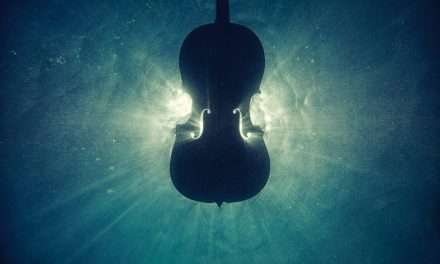 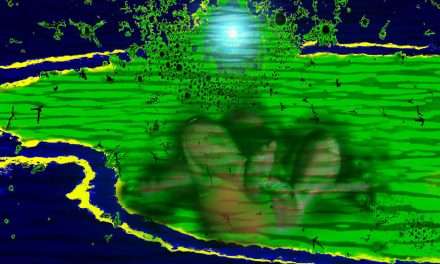 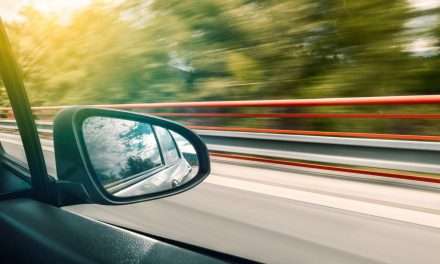 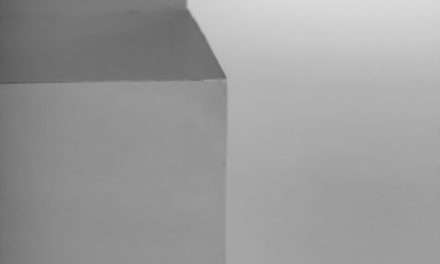 Waiting in the White Room