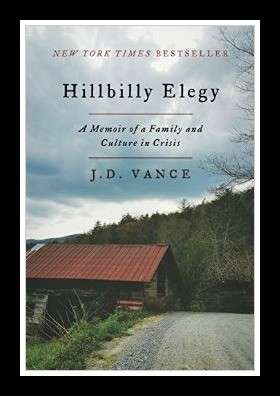 It is always dangerous to hold high expectations for a book. Since last year’s publication of Hillbilly Elegy: A Memoir of Family and Culture in Crisis, J.D. Vance has become a Magic 8 ball for anyone with questions about the election and how the country has become so polarized. And Vance has embraced his new role as spokesman for Appalachia. Last month he announced plans to return to his home state of Ohio, where he will work on bringing capital and investment to the region and fighting the opioid epidemic.

As the granddaughter of a West Virginia coal miner, I was raised in the Philadelphia suburbs where my mom grew up, but regularly visited my dad’s hometown. When I was younger my view of West Virginia and its people was colored by many of the Appalachian stereotypes Vance describes, but when I visit the mountain state now I see a beautiful landscape, friendly people, and a lifestyle that seems alluringly simpler than my Northeast hustle.

So when I picked up Hillbilly Elegy my expectations were not only high, they were numerous. I wanted Vance to be both priest and prophet, to absolve me of the sin of classism and give me insight into the place I come from, a place I might have grown up if my parents hadn’t left in search of better job prospects. I also hoped that reading his book would give me more empathy for, and a kind of symbolic credibility with, my dad’s friends from back home who complain of “the big coastal cities” and “liberal elites.” I know they mean people like me, even if I don’t think of myself as “elite,” and that pains me.

No book can do this much, but Vance does leave his readers with plenty to think about. My biggest complaint is not the content of Hillbilly Elegy but the writing, which is competent but not inspiring. Had Vance’s book been categorized as straight-up nonfiction I wouldn’t have paid as much attention to the prose style, but memoir is a literary form and I expect the language to be descriptive, evocative, and striking. Instead, Vance breaks the classic rule of creative writing: “Show, don’t tell.” For all of the horrible events depicted in the book—from Vance’s “Mamaw” lighting her husband on fire after threatening to kill him if he came home drunk one more time, to Vance’s mother threatening to crash the minivan they were riding in—I didn’t feel horrified. I also couldn’t picture what people and places looked like. For example, Vance writes that his sister Lindsay “had always been a beautiful girl” but doesn’t offer any specific details of her physical appearance.

Admittedly, J.D. Vance has made his career as a lawyer and a venture capitalist, not a professional writer. And I am probably in the minority of readers who picked up this book with as much concern for figurative language as for policy takeaways. So I won’t spend much more time in this review harping on the writing except to say that I finally understood Vance’s restraint when he explains, toward the end of the book, why he gave up on therapy: “Talking to some stranger about my feelings made me want to vomit.” So while he claims that his “primary aim is to tell a true story about what that problem feels like when you were born with it hanging around your neck,” his approach is often more academic than personal. “Psychologists call the everyday occurrences of my and Lindsay’s life ‘adverse childhood experiences,’” he explains, and then provides a bulleted list of “events or feelings” that “are some of the most common ACEs.” These Wikipedia-like intrusions into the text keep the reader at an emotional distance, which may be the only way Vance is comfortable telling his story.

An emotion that does come through very strongly in the book is Vance’s love for his maternal grandparents, Mamaw and Papaw. They had their flaws, which Vance doesn’t try to cover up, but they were in many ways better grandparents than they were parents. Vance credits them as “the best things that ever happened to me.” Papaw helps him learn multiplication and Mamaw encourages him to “never be like those…losers who think the deck is stacked against them.” Most importantly, she gives Vance a stable home after his relationship with his mom deteriorates. It is this stability that Vance believes rescued him from the environmental pressures that consumed many of his peers.

No one will be surprised if or when J.D. Vance runs for elected office and Hillbilly Elegy has plenty of political undertones even if it doesn’t suggest a specific set of policy solutions for the problems described in the book. Vance is conservative and his political ideology seems to have been shaped by some of the behavior he witnessed in his hometown, and his own experience. There is the story in the Introduction of a young man with a pregnant girlfriend who was hired at the floor tile distribution business where Vance worked the summer before he started law school. When this co-worker is fired for missing too much work, Vance characterizes him as part of a broader scourge of “too many young men immune to hard work.” Later in the book we meet other familiar punching bags like the person on food stamps who is eating steak while his working neighbors struggle to afford groceries and, of course, plenty of single mothers who receive housing vouchers and other public benefits while taking drugs and generally neglecting their children. It would have been nice to see at least one example of a person or family who used welfare as a springboard to later personal and financial success.

Ultimately, Vance’s story is a classic American narrative of rags to riches, an “up-by-the-bootstraps” instruction manual on how a poor kid from Ohio got all the way to Yale Law School on the virtues of hard work, self-reliance, and personal responsibility. It’s a compelling read in spite of its flaws. But I hope readers won’t consider it the beginning and end of their education on Appalachia and the people who live there.

* Our book giveaway winners were Kristen, Joseph, Julie and Sarah. Congrats and thanks for supporting The Sunlight Press. 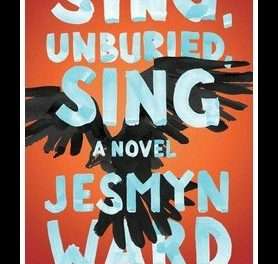